Last night was the annual Design Stuff Wars which was organised by Design Stuff Cardiff and held in Four Bars (Dempseys) in Cardiff. The event was a sell out and the atmosphere was buzzing with excitement and anticipation.

The concept was brought to Cardiff by Burning Red studio some 8 years ago and it’s become more popular and more competitive ever since.

4 teams. 2 macs with stock images and software. 30 minute rounds, team members switch every 5 minutes. Briefs given are various, from movie posters to album covers. The winner is the team with the biggest noise from the crowd. This years theme was the 1980s, although a large proportion of last night’s crowd were born in the 1990s!

Every round was close, but the final was nail-bitingly tight; designing a movie poster with the 80s vibe and the challengers defeated last year’s champions! 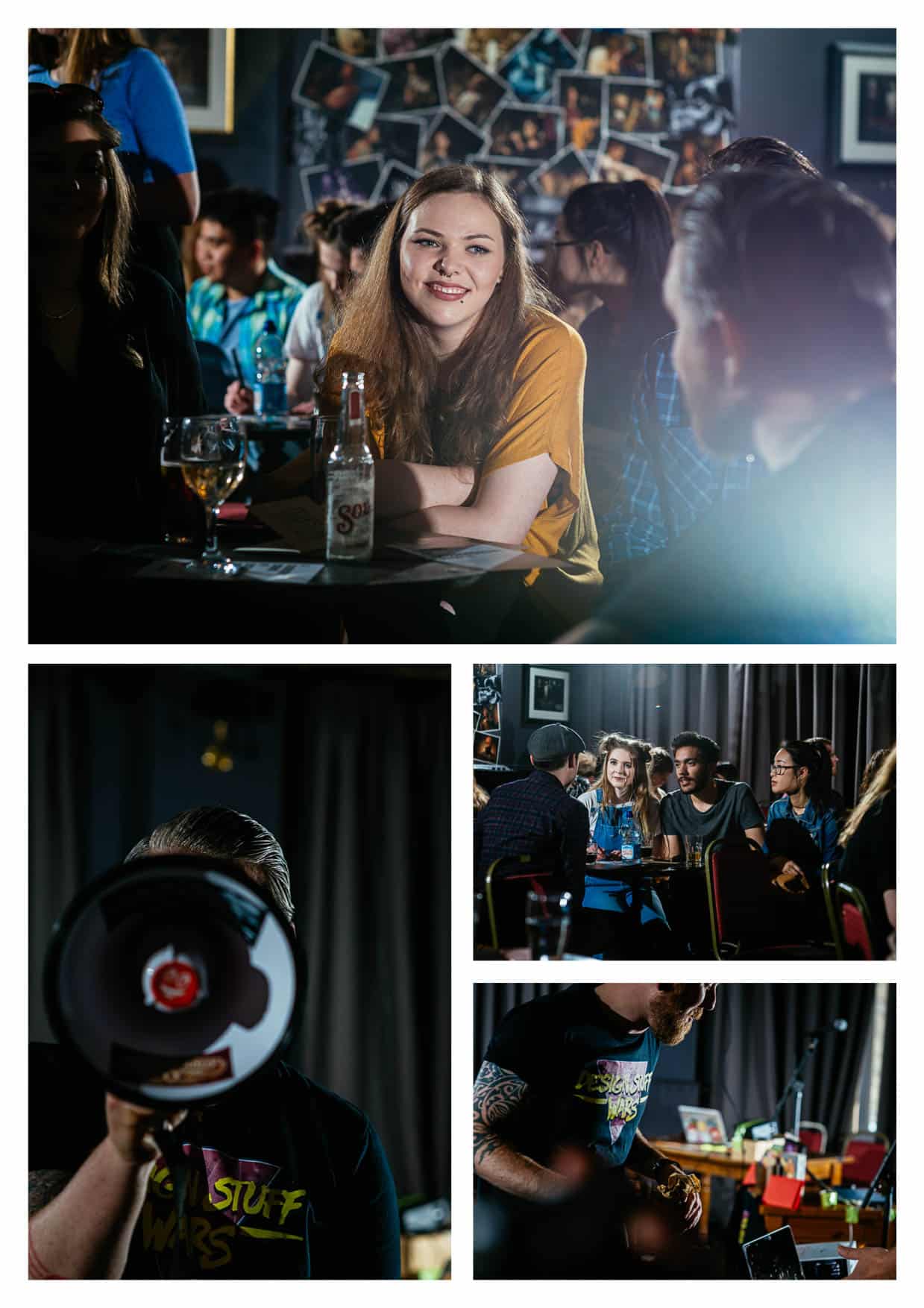 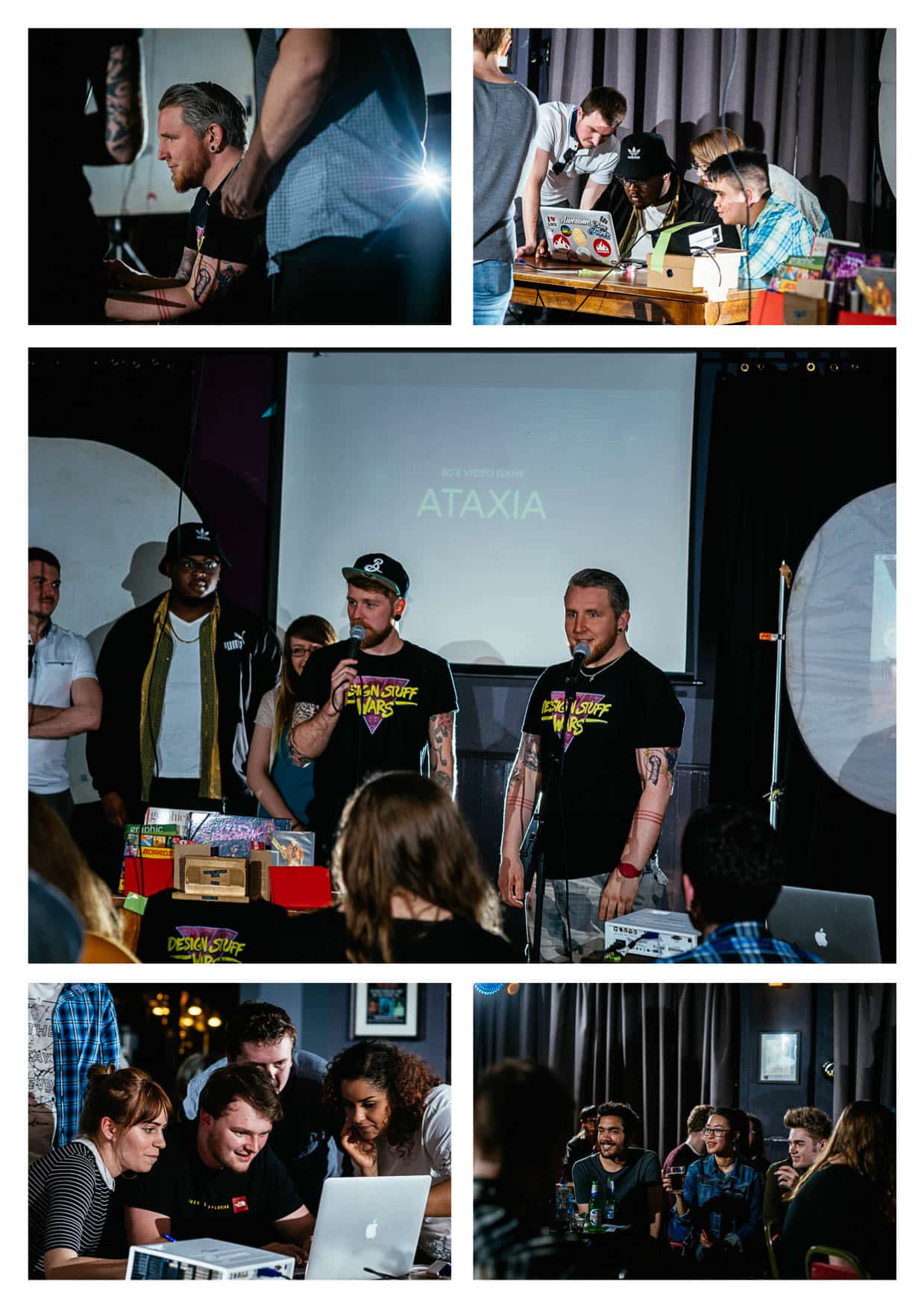 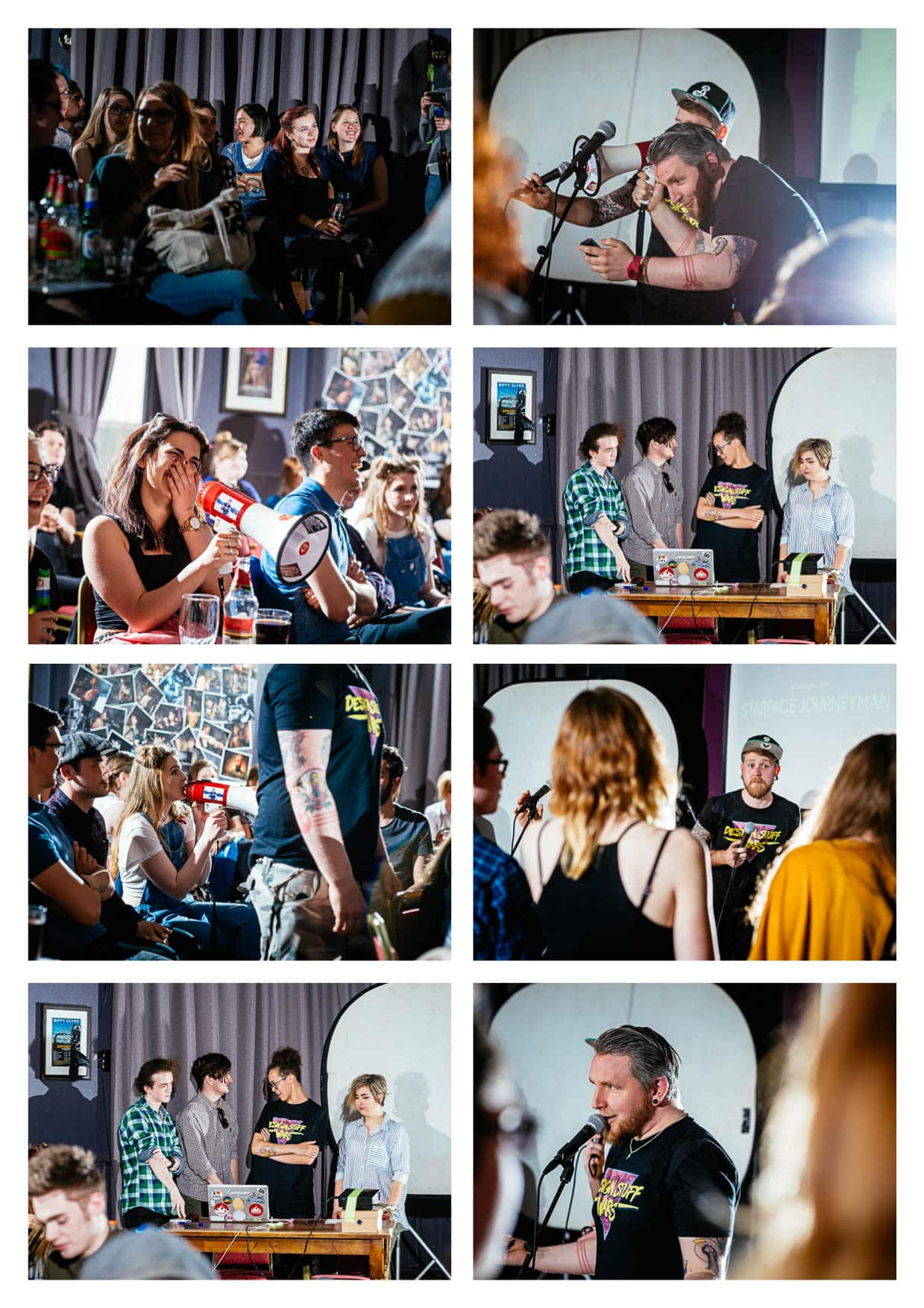 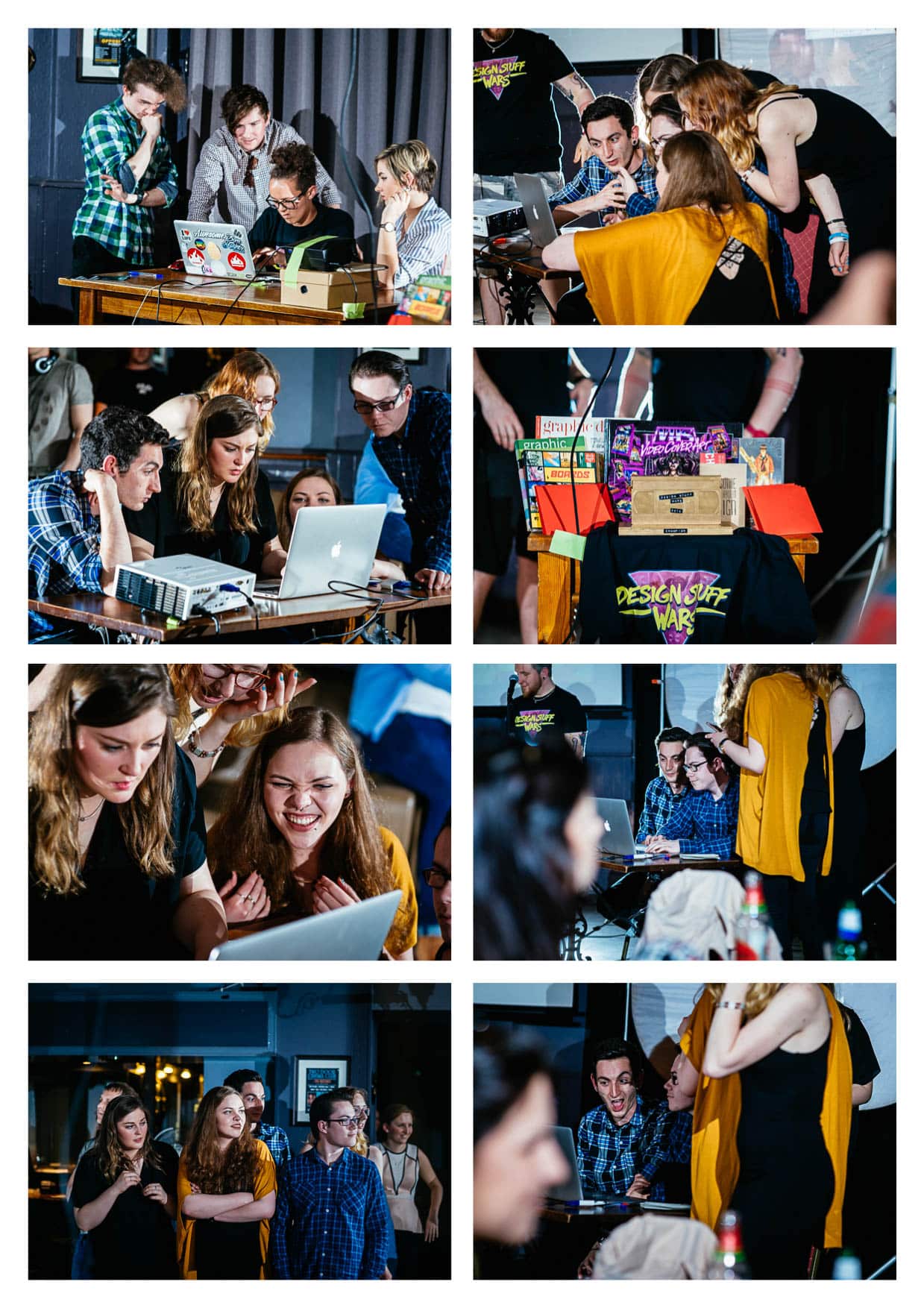 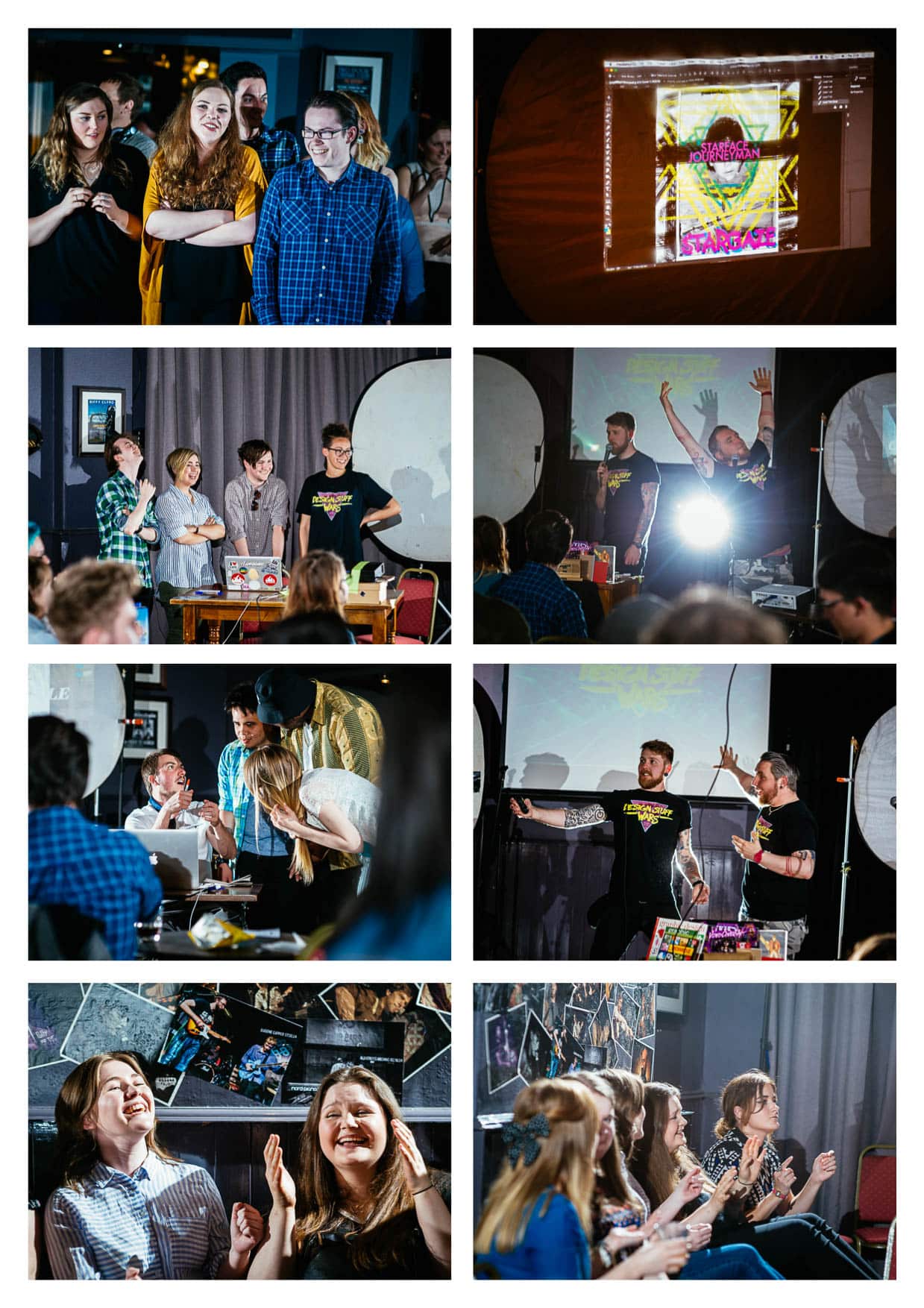 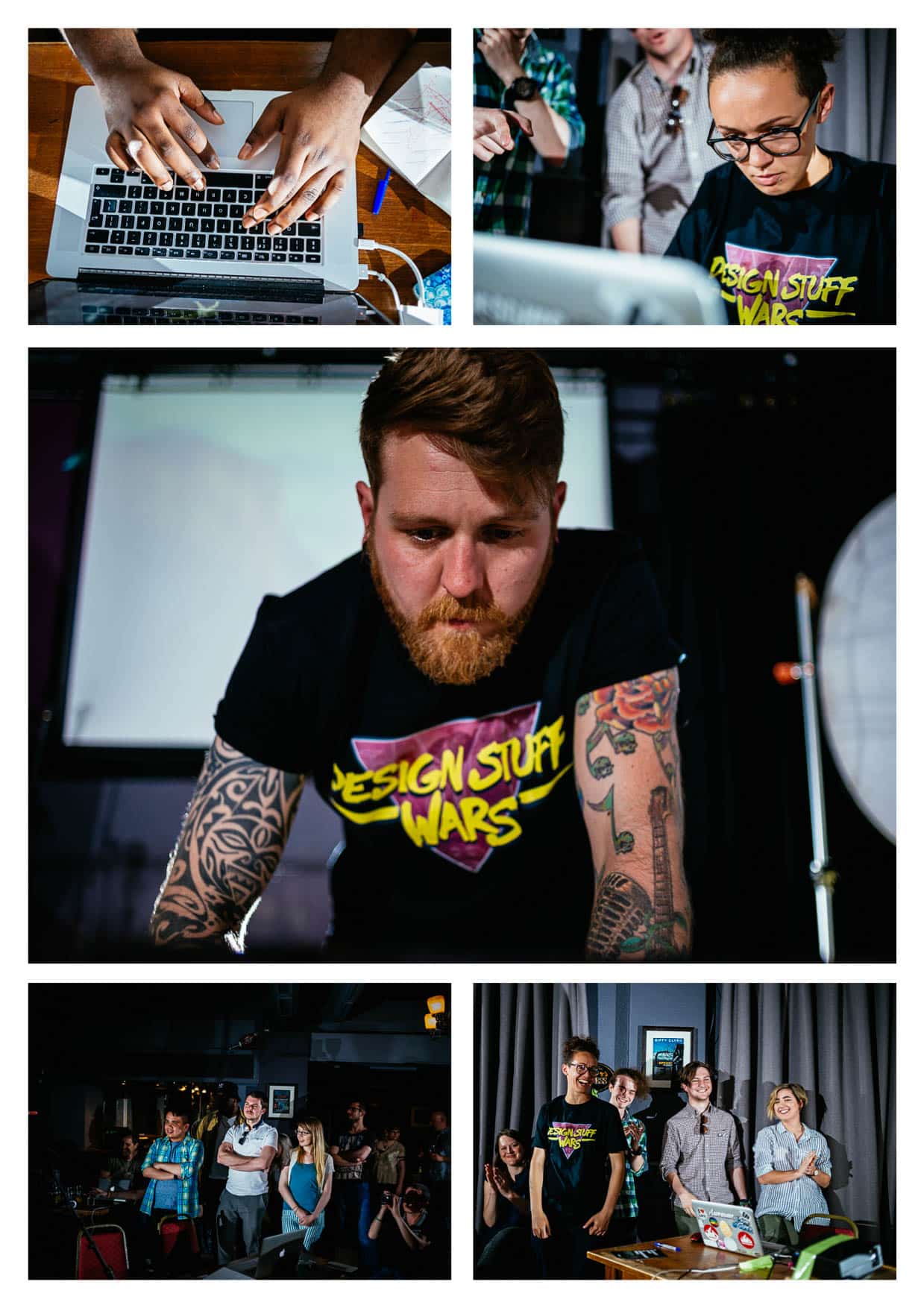 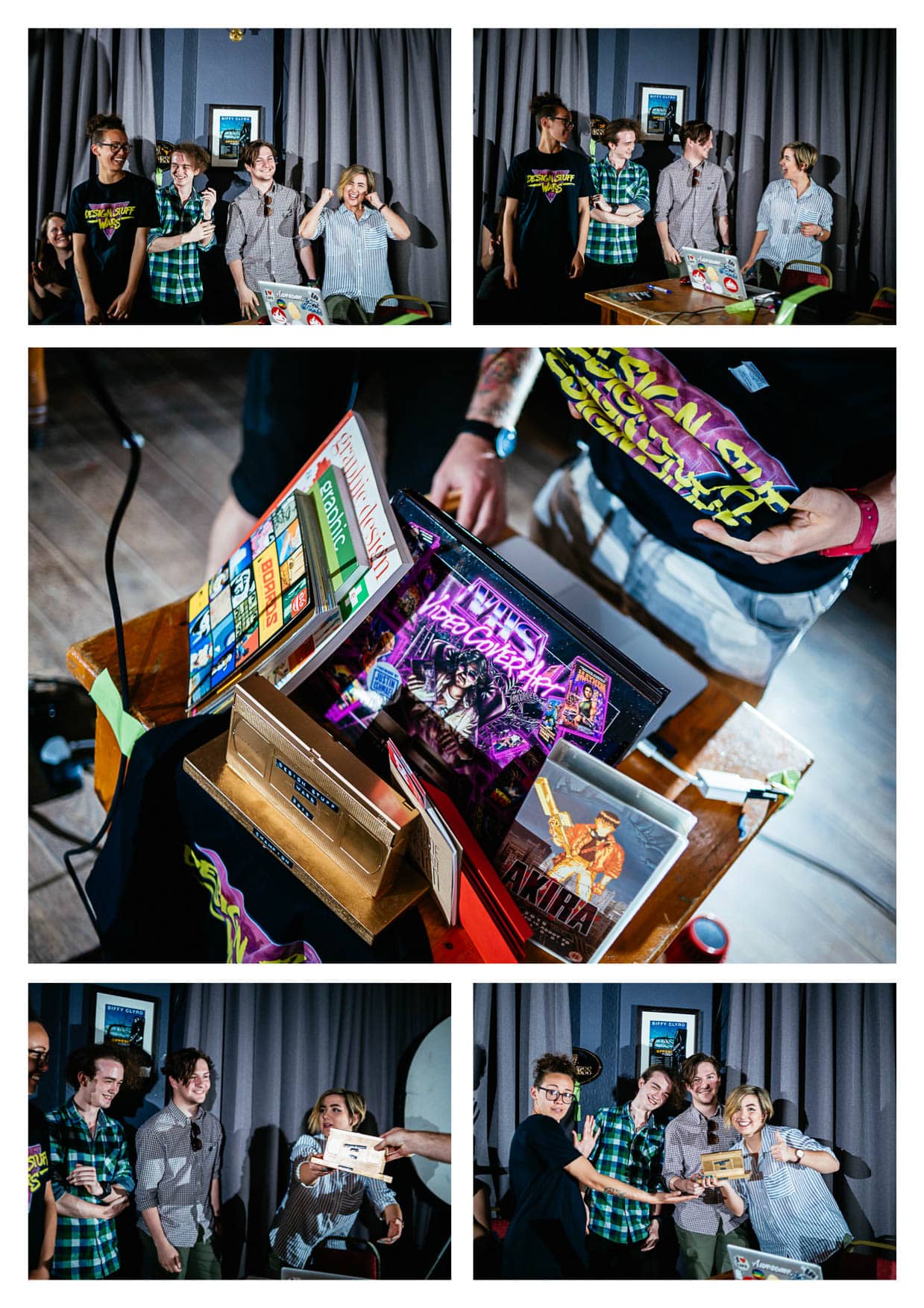 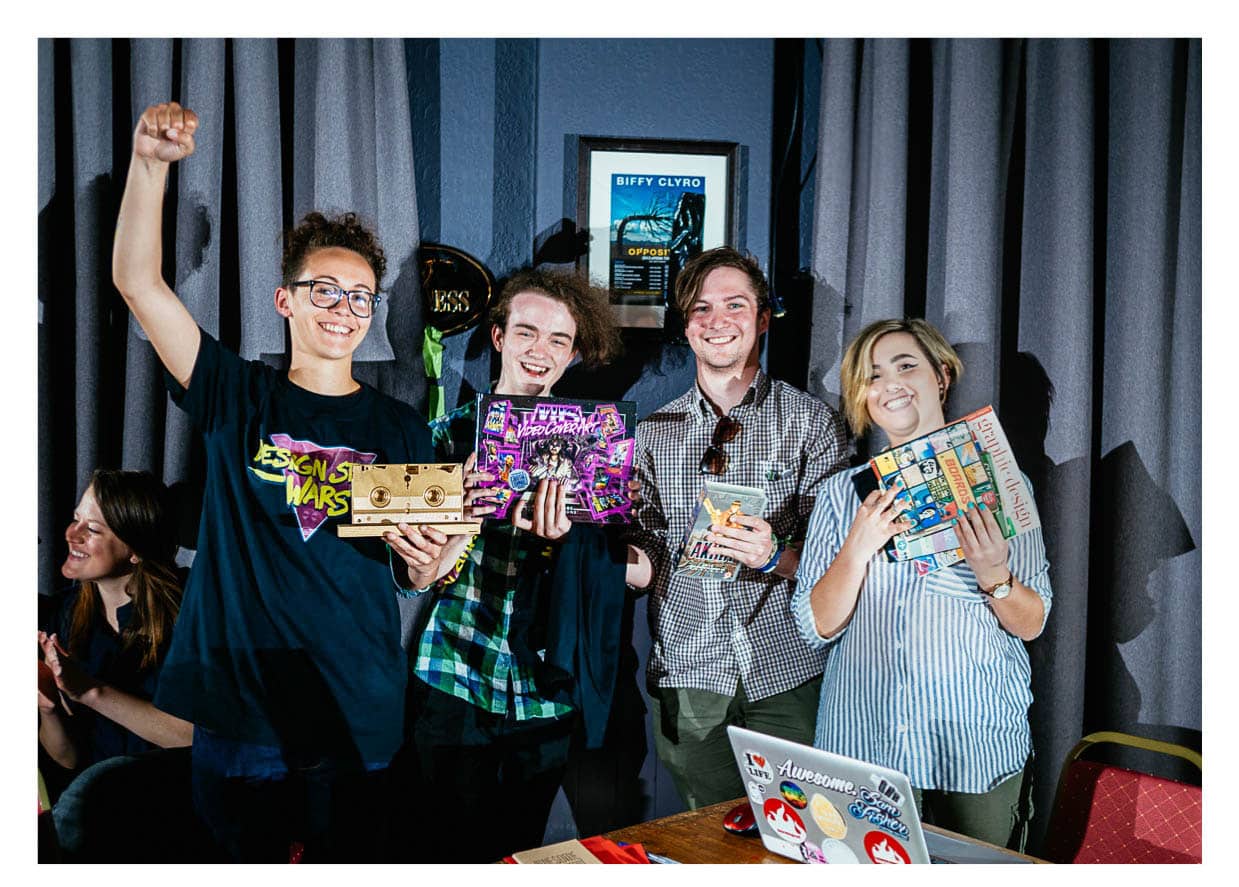