Back in 2013, around Christmas time, Sally & Tom contacted me so we met up for coffee and a chat about their wedding day. We hit it off straight away and I was over the moon when they emailed to book me.

Although they both live in Hereford they had planned both wanted to get married in a castle and found Wilton Castle. It’s a 12th century ruin that sits on the banks of the river Wye just outside Ross on Wye. It’s privately owned and features a beautiful adjoining house where the current owners, Mr & Mrs Parslow, live. They have spent many years and a great deal of money getting the castle to once again look as good as it does. It’s perfect for weddings, although 2014 is the last year they will be hosting them at the castle. *sad face*

The main celebration took place at How Caple Court which is again a private residence and set in acres of beautifully and uniquely landscaped gardens. I was already excited but around Easter time I caught up with Sally and Tom and scouted out the venues. WOW!

When I first met Sally and Tom I had no idea how much fun their wedding day would be or how awesome the venues they had chosen were. On the day Tom mentioned that he’s like some photos of him and Sally on his motorbike. I agreed, thinking it was going to be a moped, scooter or tiny little Honda – no offence Tom! 😉 When they wheeled out the most beautiful motorbike I had ever seen I giggled like a little girl at Christmas.

Here’s a few words from Sally and Tom from their perspective of the day and their photographs;

“We really believed that our wedding photos would be one of the most important aspects of our day. The planning takes so long but the day goes by so fast, so we wanted to make sure we had great photos to remember the day. We wanted photos that really captured the feeling of the day as much as anything, but obviously some stunning images as well.” – Sally & Tom

“We wanted a photographer who would take great photos, but also make us feel comfortable and fit in with our day, blending in with our guests. We were looking for someone who would capture the story of the whole day – not just up to the speeches, the point at which as so many others seemed to say they would leave. It was important to us to have the entire event captured.”

“Sal’s mum (who is not easily impressed) loved Owen. In the morning, she wanted some space to get ready for the day and really liked the fact that Owen understood this.” 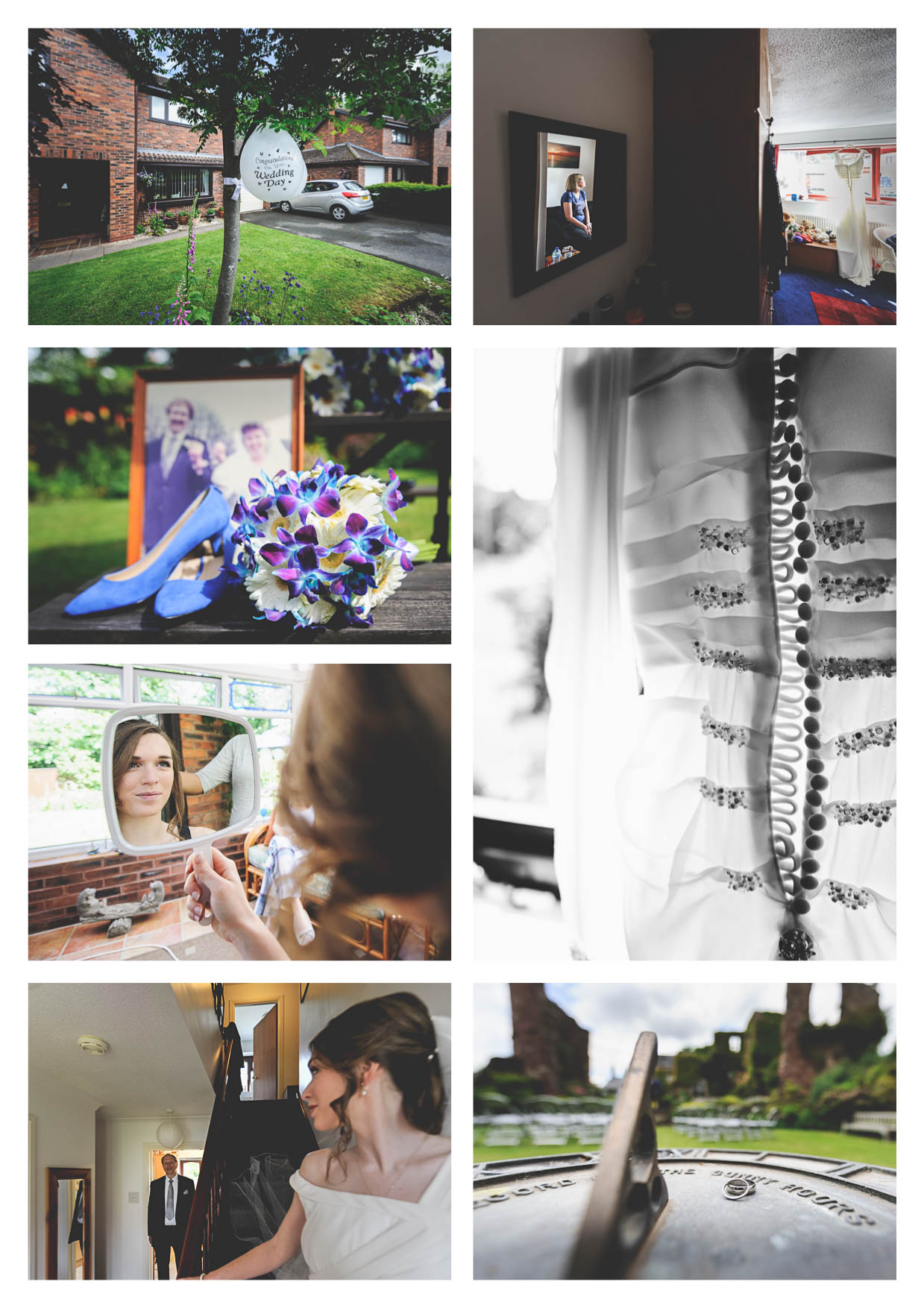 “We had looked at Owen’s website beforehand to get an idea of his style of photography. We loved his photos – both the style and the content. We really got a feel of what the day had entailed for that particular couple and there were some truly beautiful stand out photos.” 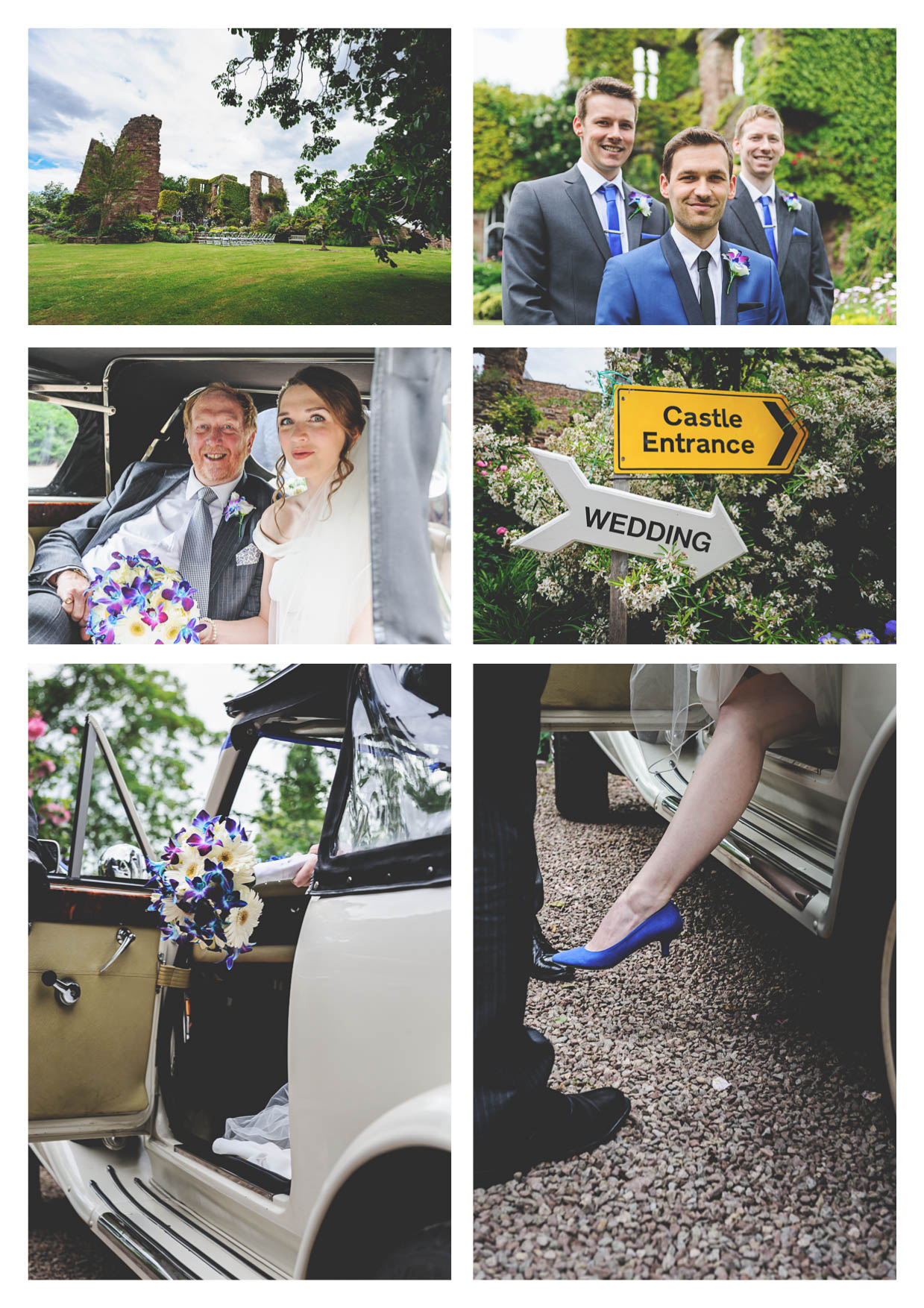 “During the planning stages we loved the fact that Owen was so responsive and organised!” 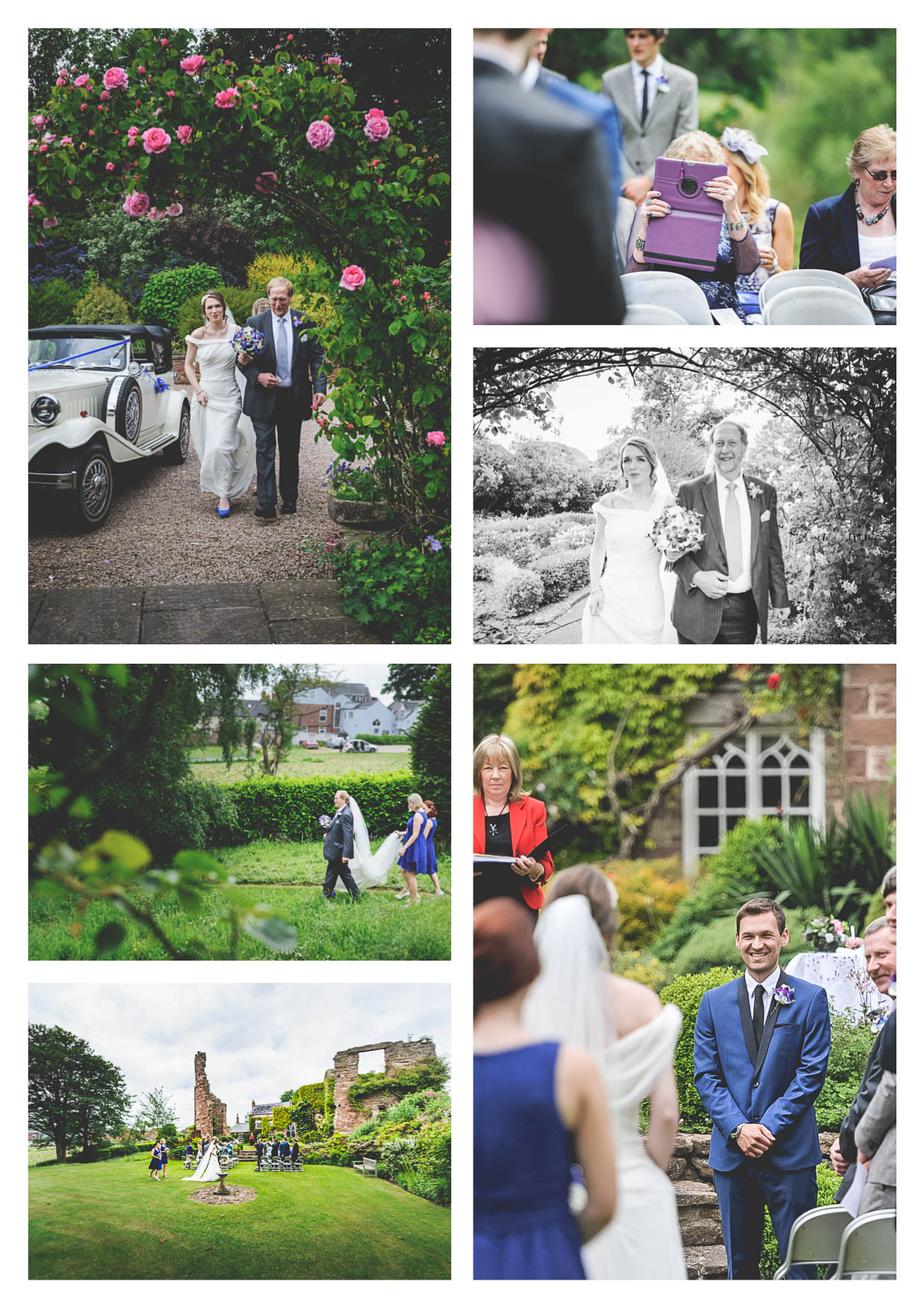 “The first time we met Owen, he said to us ‘You need to book a photographer that you actually like. They’ll be with you for the most important day of your life so you want someone you get along with as well‘.

That really stuck with us.

He wasn’t trying to sell himself and had highlighted a point we hadn’t thought about.

Luckily for him, we really liked him! He made us feel very confident that he would ensure we had lovely photos of our day and was very happy to work with us to make sure we got any key photos that we wanted.

He wanted our input to understand what we wanted from our photos and we felt like he really cared about us having great photos at the end of the day.” 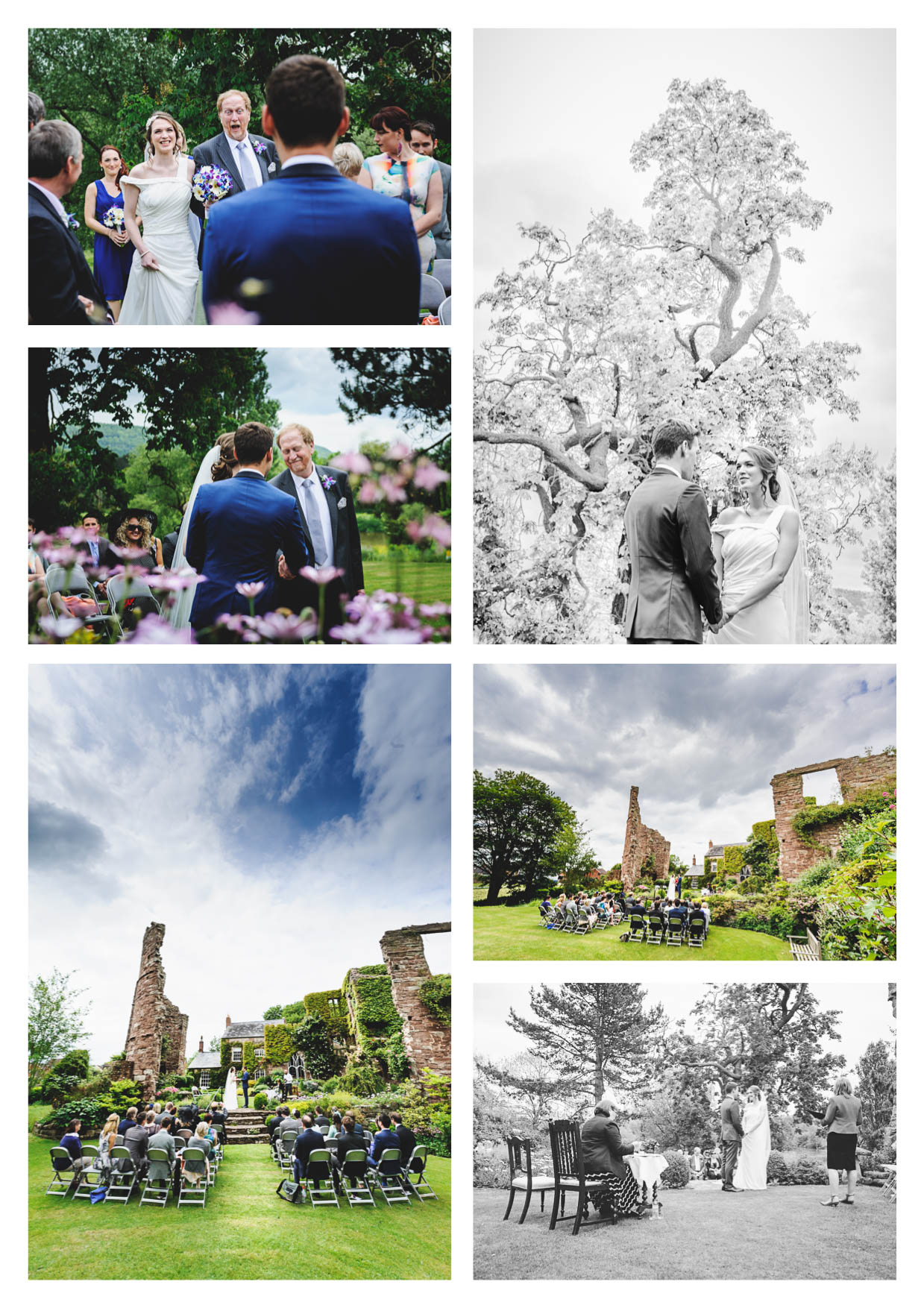 “The thing that impressed us the most was the amount of time and hard work they put in to the day. They were there from the start right through until the party really got going late in the evening, making sure they got all the photos we wanted as well as the ones they thought we needed.” 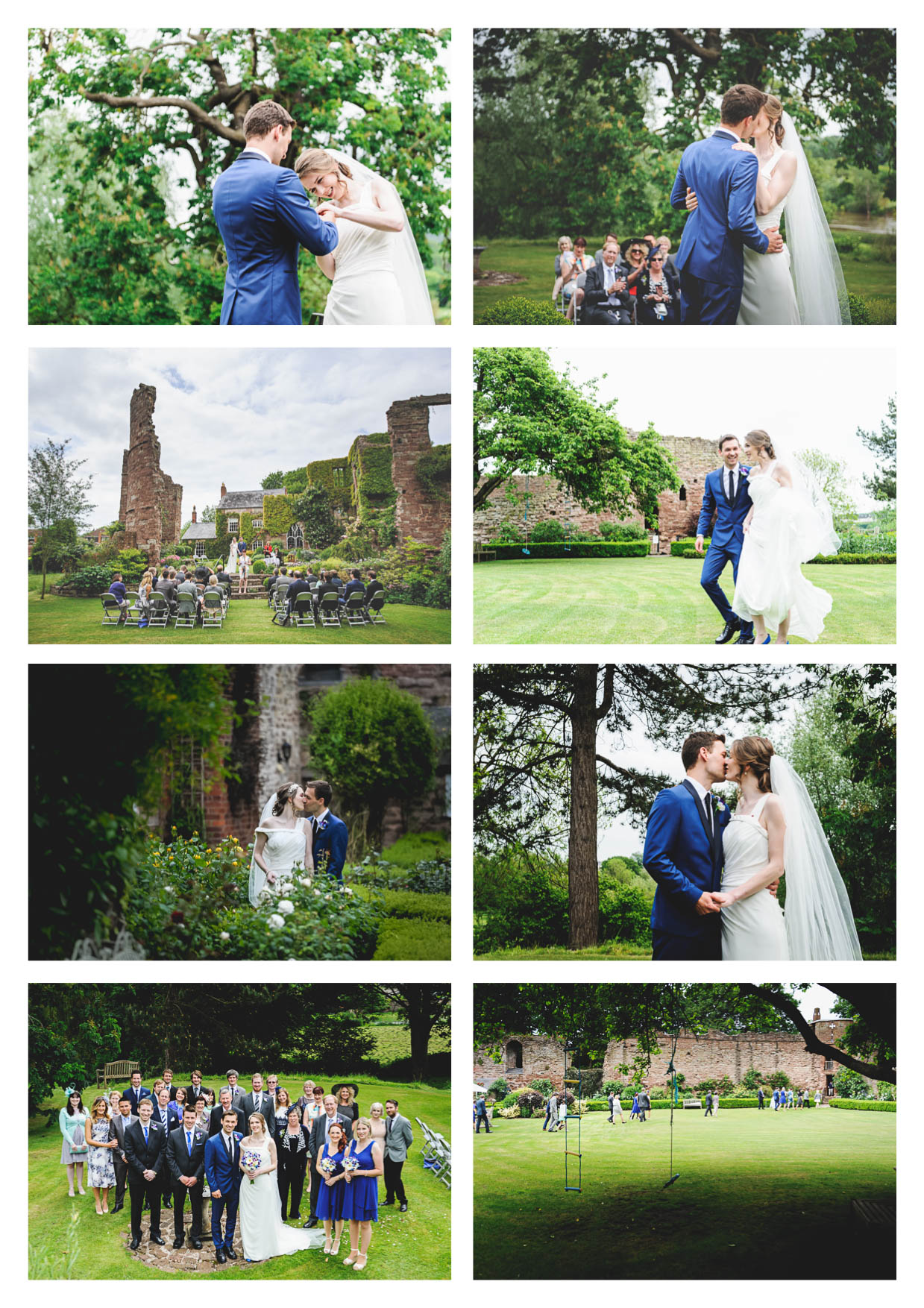 “Before the day, Owen had asked us to complete a form so that he new our timings, the people involved in our day, the locations and so on. Consequently, he was so prepared. He managed to capture each stage of the day: getting ready, guests arriving, ceremony, reception etc. But he also allowed us time to ourselves.” 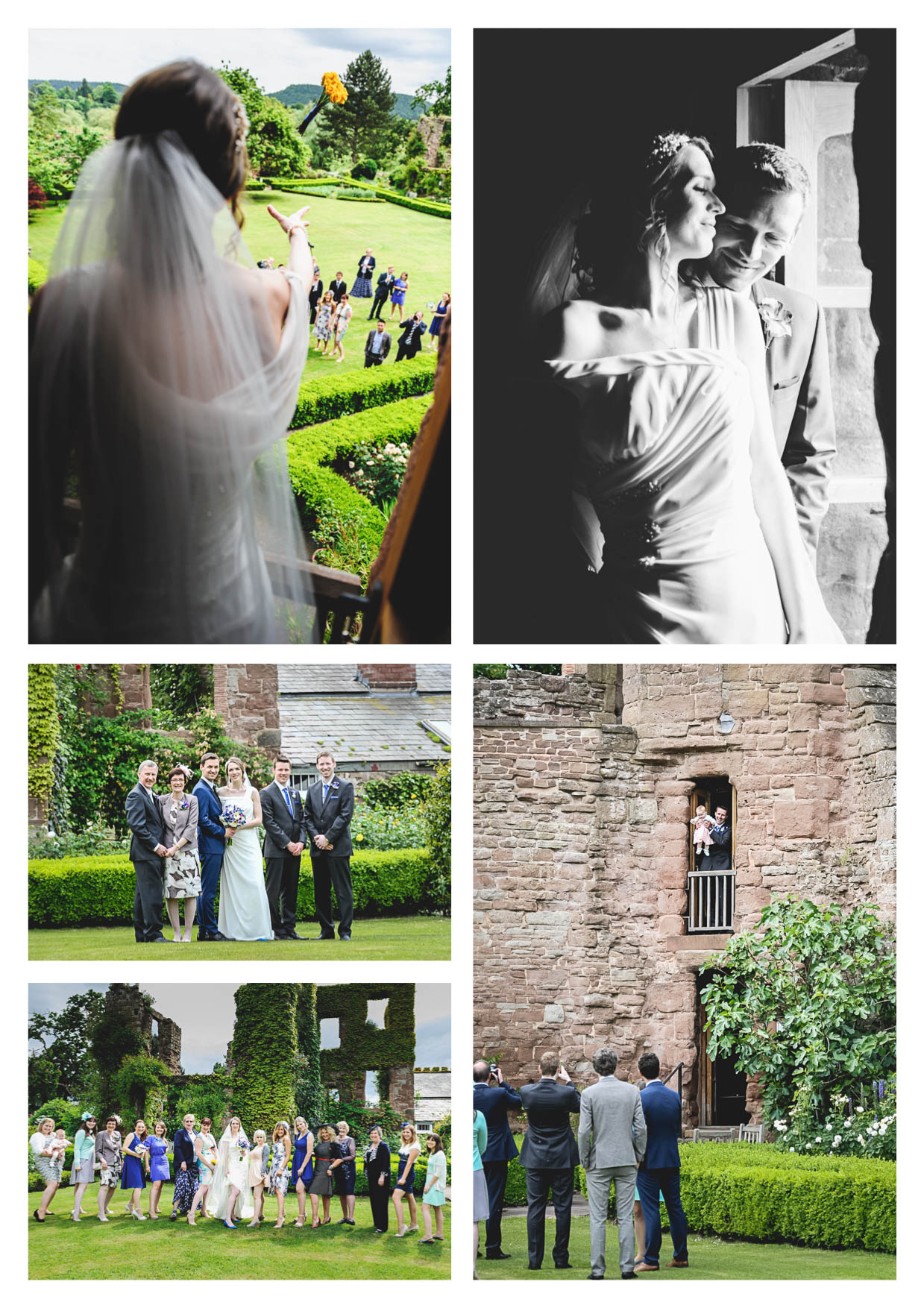 “The photos during and just after the ceremony are fantastic!

“We told Owen beforehand that this was the most important part of the day for us and he took this on board. We have great shots of all the key moments of the ceremony: the rings, the readings, the signing of the register, the confetti! But we also have some wonderful ones that get the whole venue in, which was important for us, as it’s such a beautiful place.” 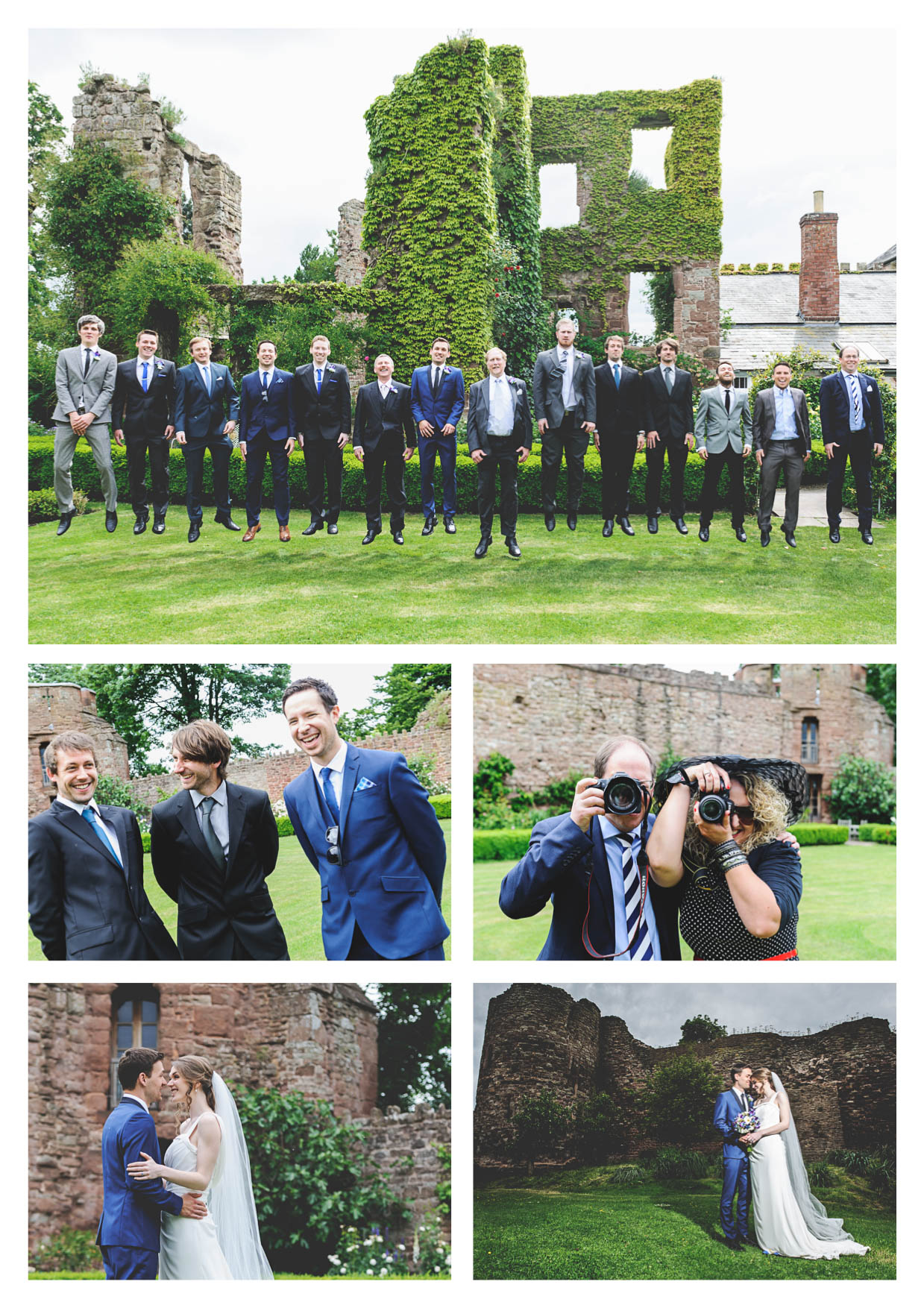 “The one that’s going over the fireplace is the one of us in front of the castle wall. We picked this one because, although not a traditional wedding portrait, it seemed to capture just how we feel about each other. It is a very intimate moment against a beautiful backdrop and we know that in years to come we will look at it and have such wonderful memories of the day.” 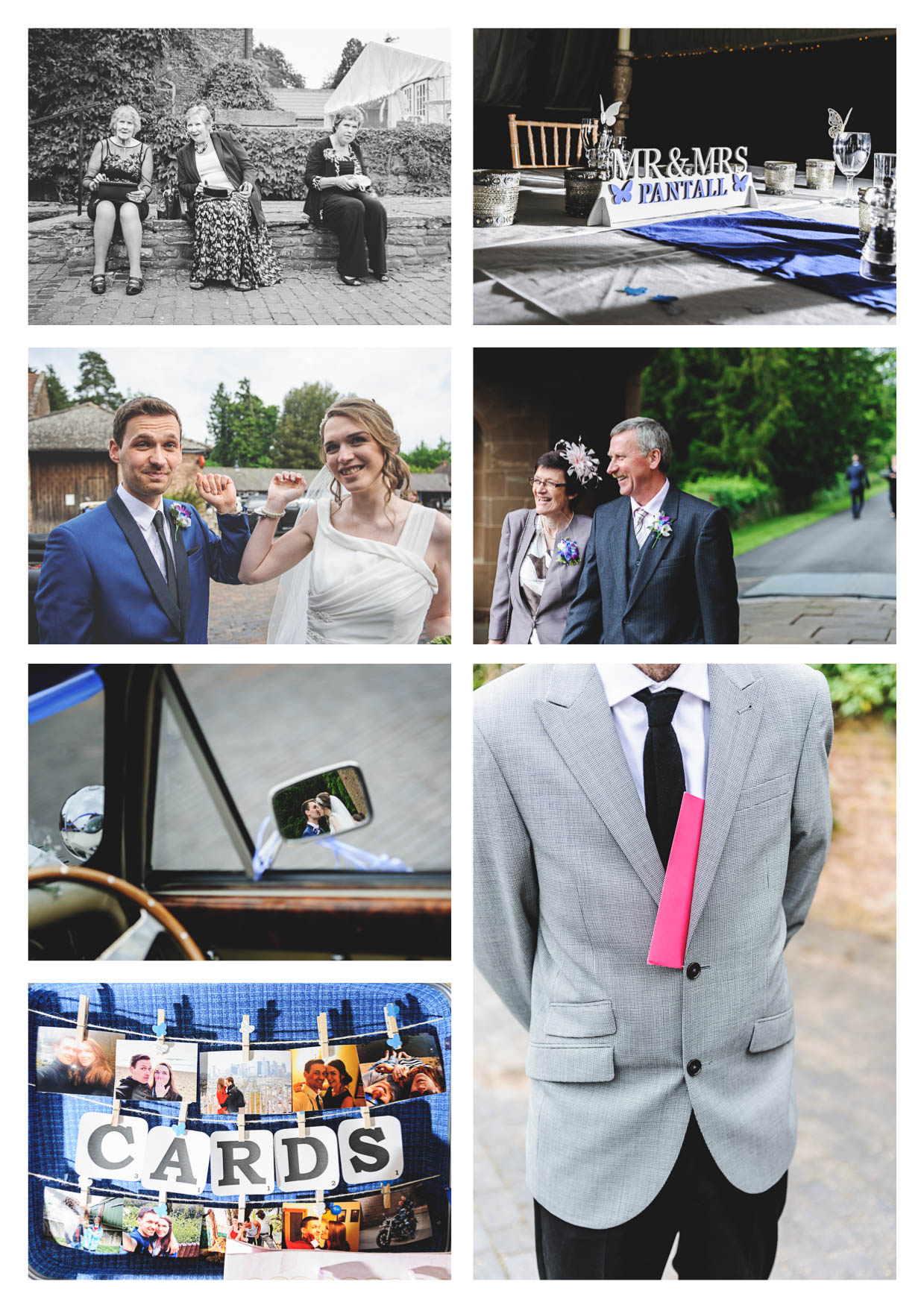 “Owen ordered thank you cards for us, which arrived before we were even back from honeymoon. About 3 weeks after the wedding we had access to all of our photos in an online gallery that we could share with friends and family. For us, this was perfect.

“Owen had clearly taken the time to give us a great set of edited images but had done it really quickly.” 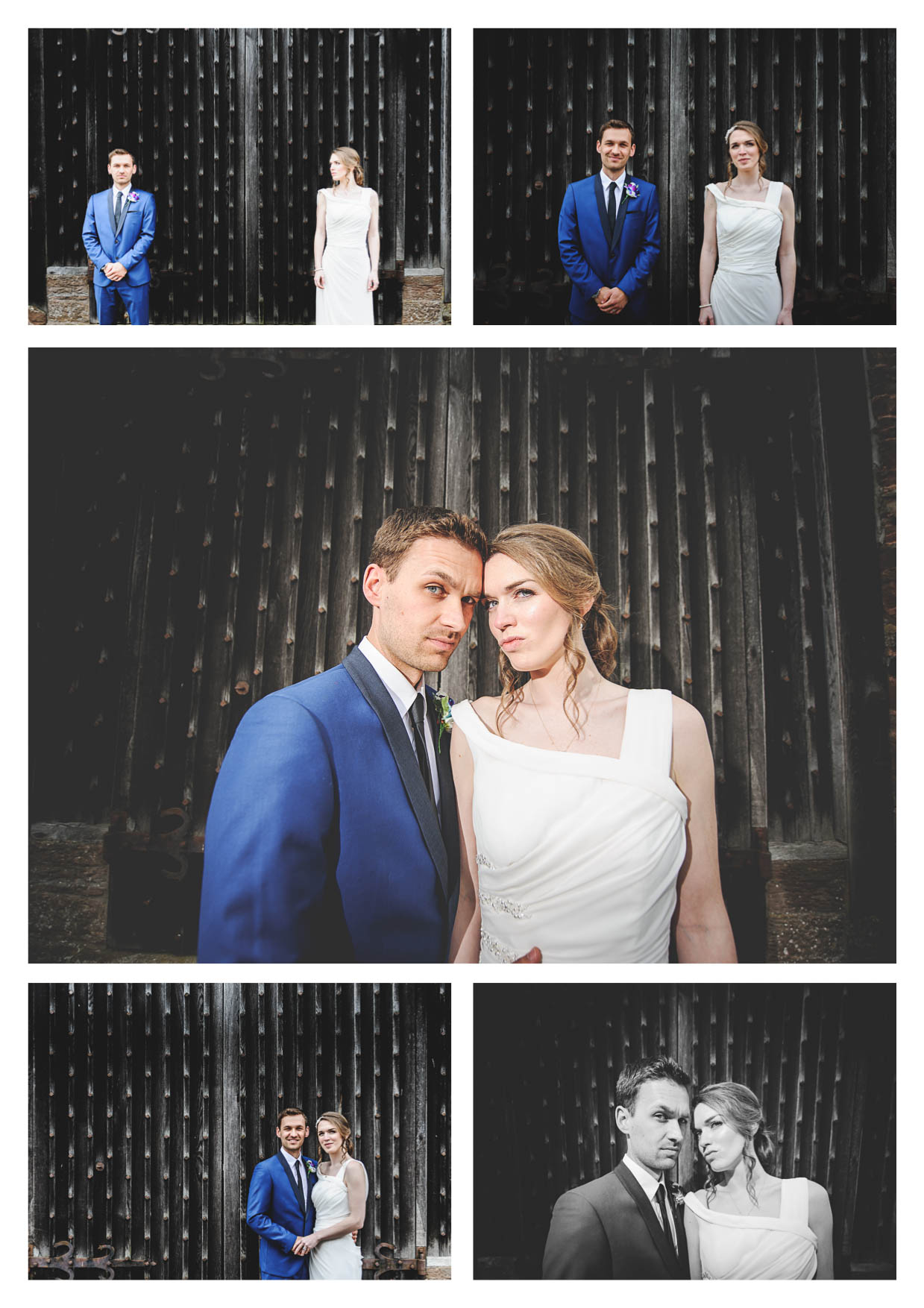 “When you’re planning a wedding you want reliable people involved and you want others to care about your day as well – this is what we felt at each stage of dealing with Owen. He answered any questions we had, had a superb planning form so he could be prepared for photos on the day and took care of little details for us (like sparklers!)” 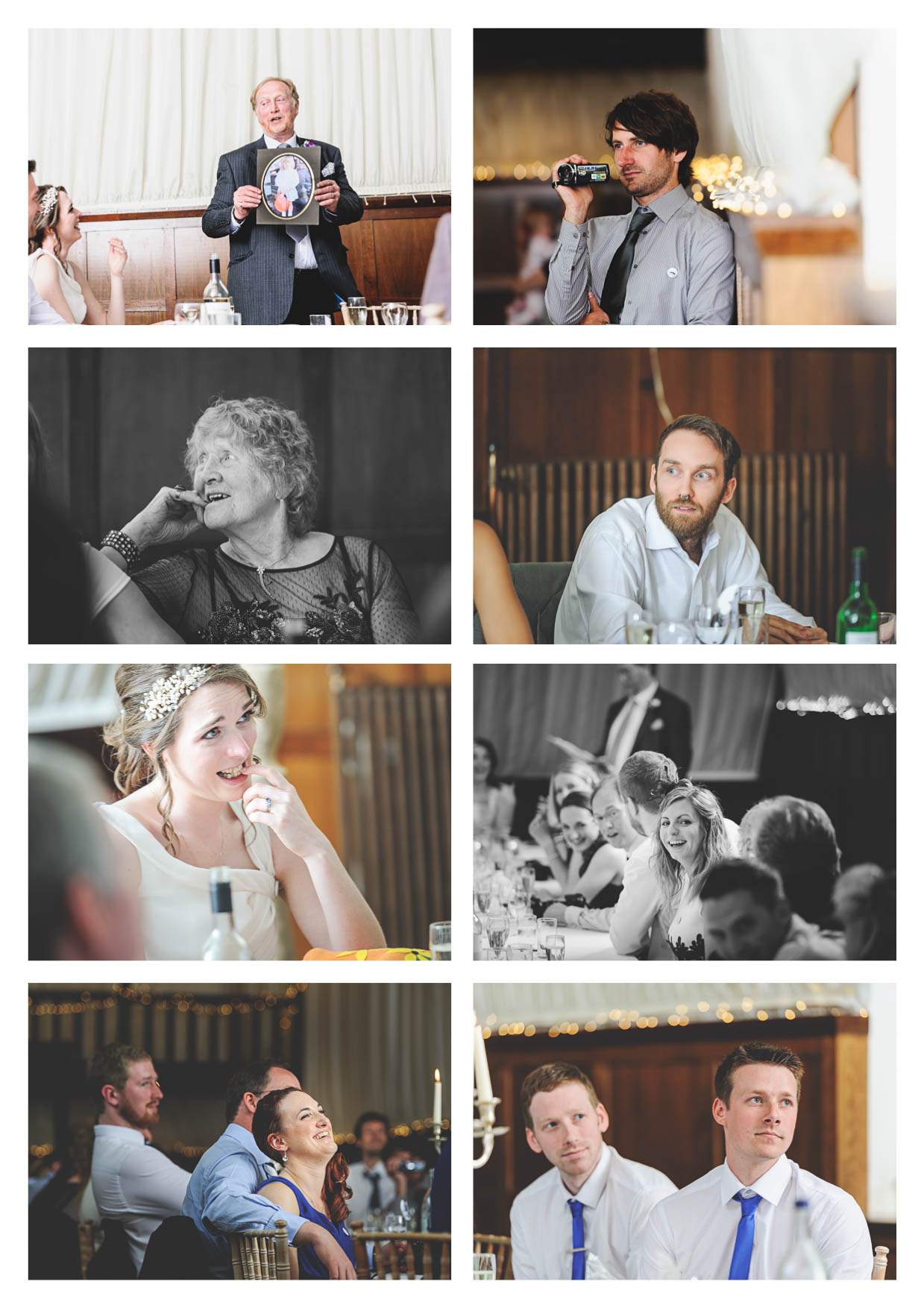 “We were blown away. Owen had captured every element of the day, but we also had several really stand out photos (which we will be hanging over the fireplace!).” 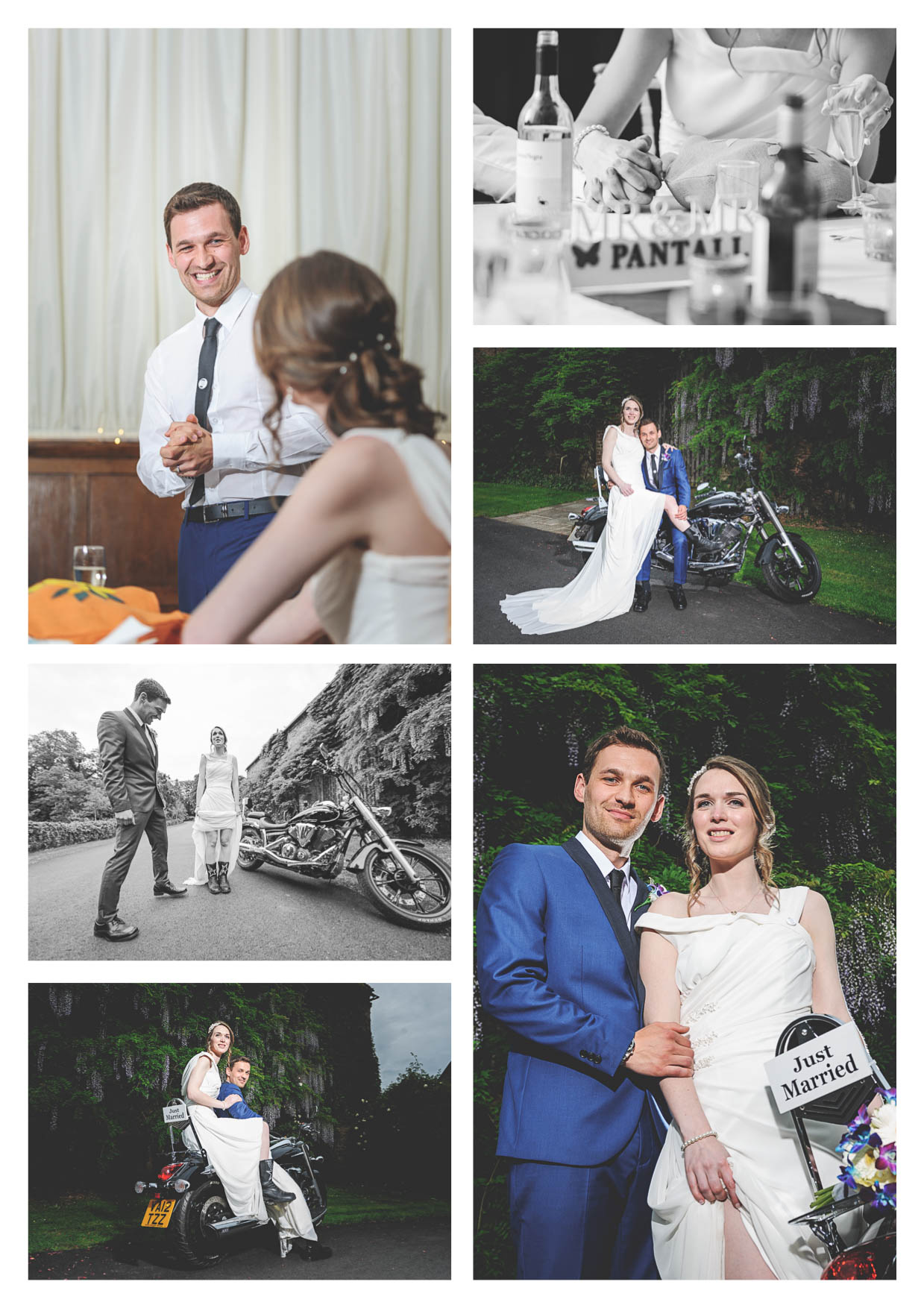 ” It made us both very emotional to look at all of the photos, which is exactly what we wanted. The photos brought back the emotion of the day! We really couldn’t have been happier.” 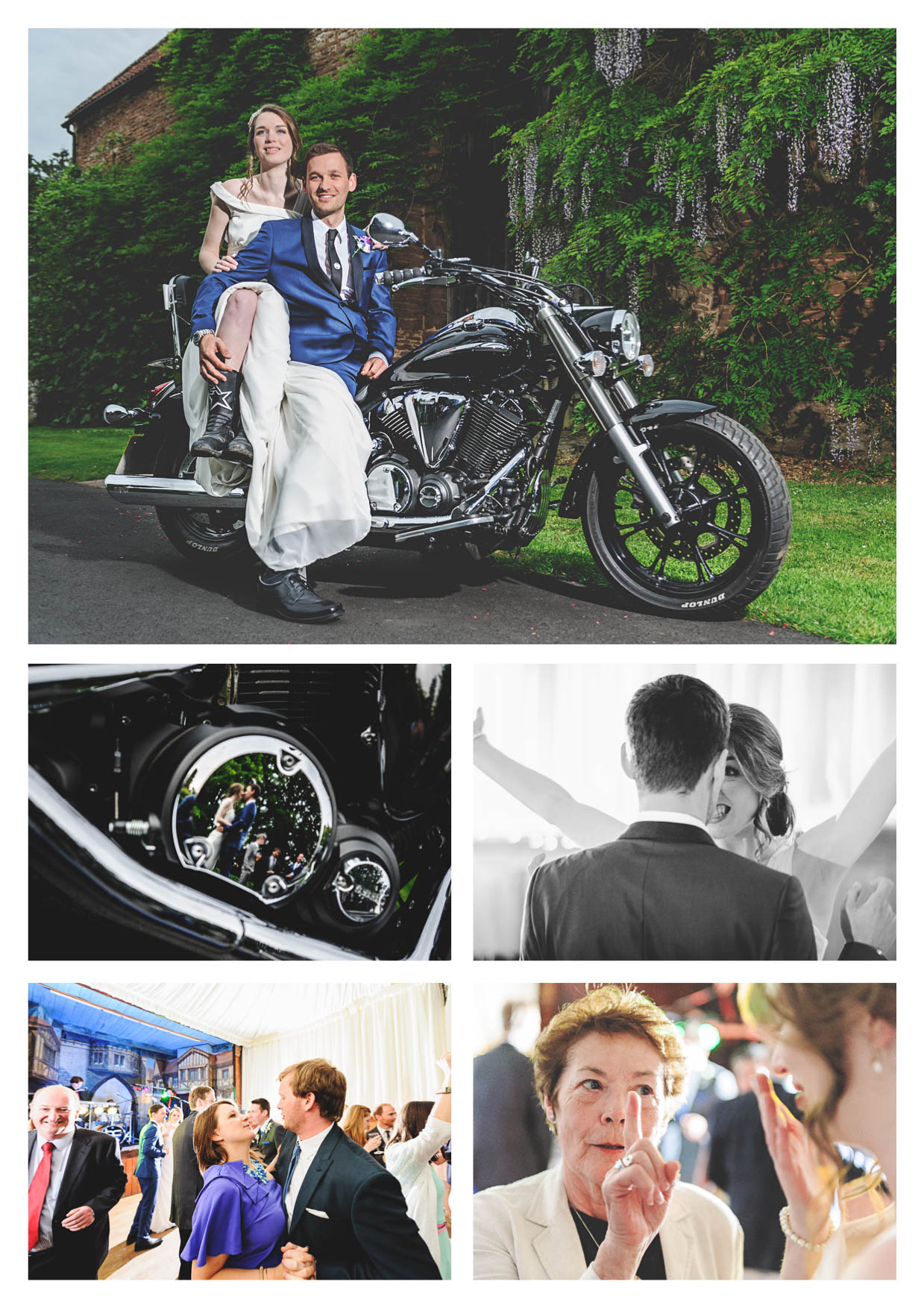 “Owen is not only a great photographer, but a lovely man. He will take amazing photos of your day and will make sure that he captures the photos you actually want. He is very reliable and responsive in the planning stage and brilliantly creative on the day. You will not be disappointed.” 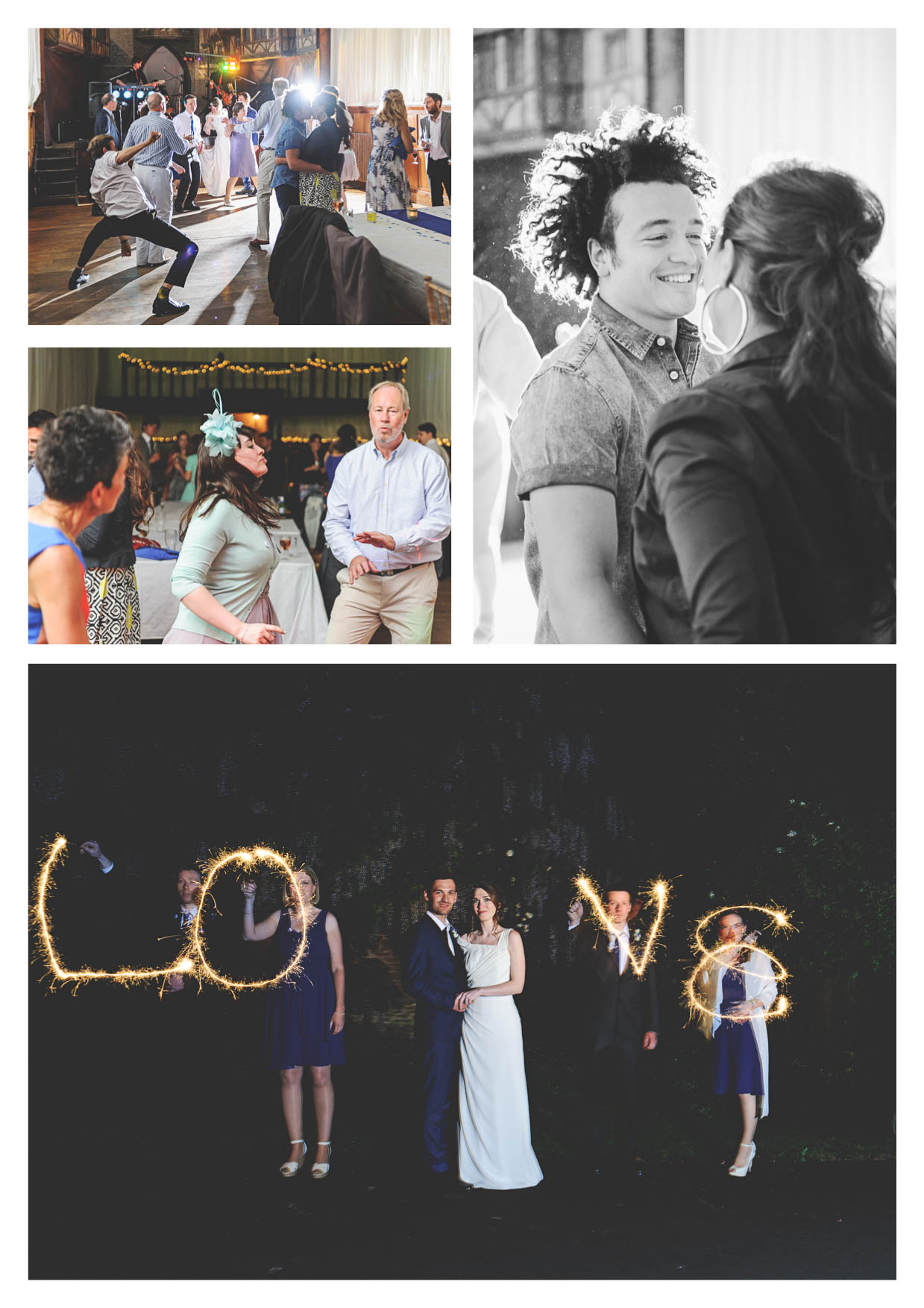 “We met with Owen a few weeks the wedding day to discuss our wedding album and that process was also good.

“We picked the images we wanted using the online gallery and Owen sent us a proof of the album he had designed. We made some amends a couple of times which added some time into the process, but from starting the album discussions to receiving it was only a couple of months.” 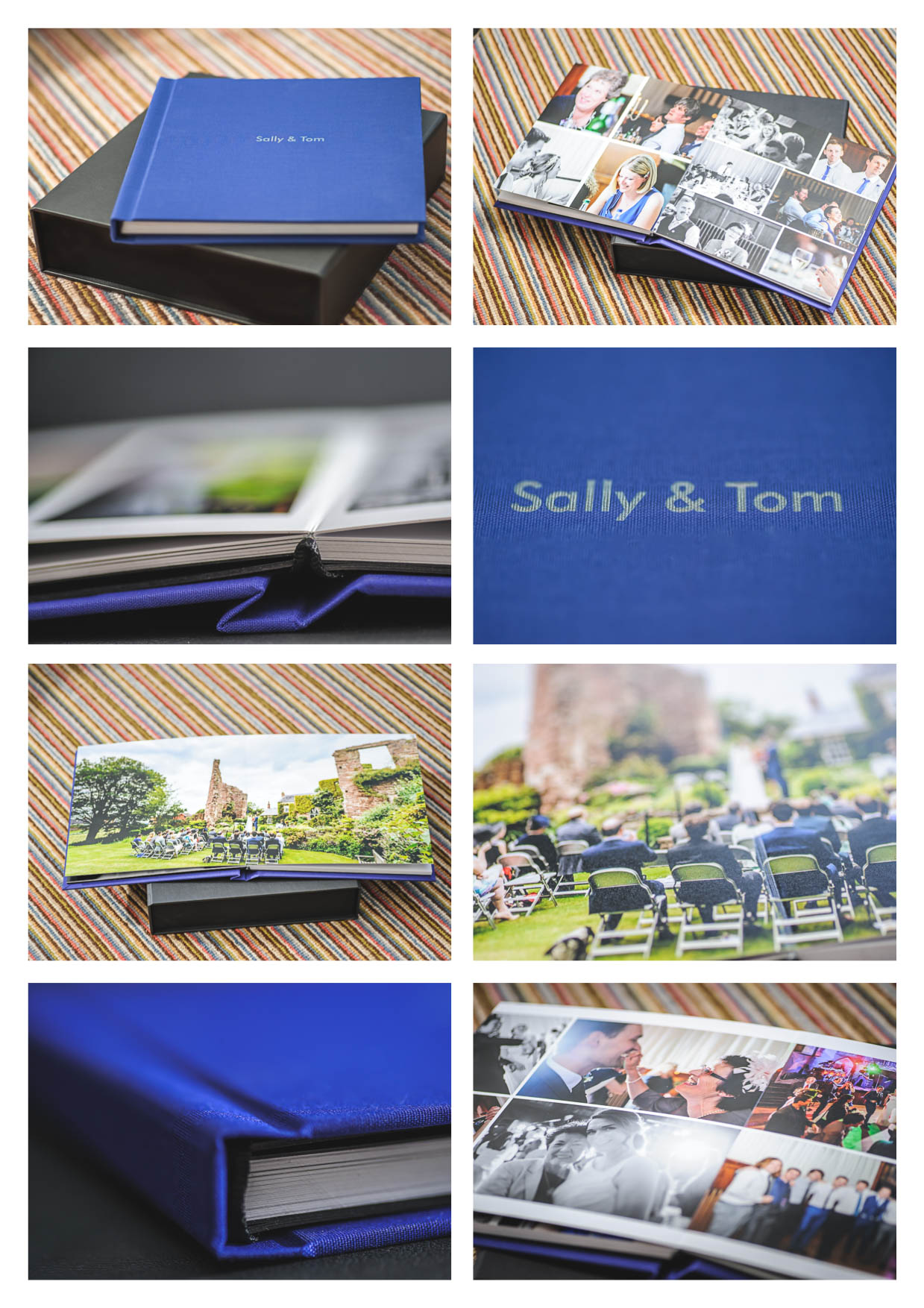 “Owen is not only a great photographer, but a lovely man. He will take amazing photos of your day and will make sure that he captures the photos you actually want. He is very reliable and responsive in the planning stage and brilliantly creative on the day. You will not be disappointed.” – Sally & Tom

Thank you Sally & Tom for your kind words. Keep in touch!