I sometimes think that the best part of this job is being invited into people’s lives, meeting their family and friends and quickly understanding why so many people love a couple. On first meeting Treena and Chris I felt so relaxed and welcomed into their lives. Their wedding at Sparkford Hall, Devon was an extremely intimate affair with just the closest family during the ceremony and dearest friends joining them in the afternoon. The private venue was out of this world, quite literally. Within 5 minutes you forgot about everything outside of Sparkford and were immersed into this tranquil world, although I believe Treena and Chris had a lot to do with that atmosphere. The catering was by Lyme Bay Field Kitchen and having had a cheeky taste, can say it was perfect.

“We chose Owen as our wedding photographer because it all felt so relaxed and simple with him. Our whole wedding was based on a relaxed, informal day… we were trying to avoid all the usual formalities and so choosing a photographer who could work with that was really important. We felt Owen understood what we wanted from our day – and because we ourselves felt so at ease with him, we felt confident he would capture the day as we hoped.” – Treena & Chris 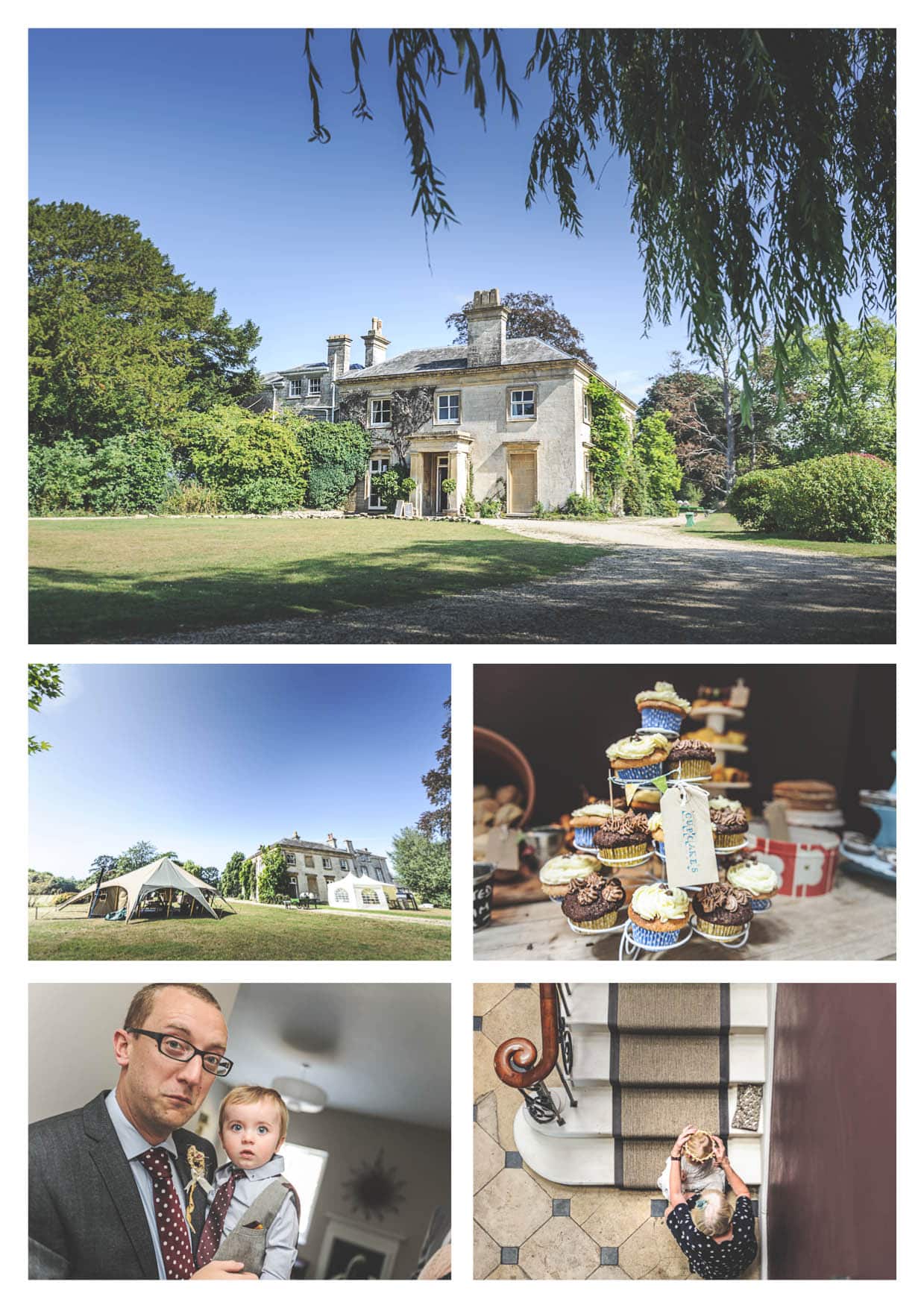 “We wanted someone who would blend in with the guests and be a part of our day rather than someone ‘on the outside’ just taking pictures. It was important our photographer had a sense of humour and understood us as a couple – what we wanted… and maybe more importantly, what we didn’t want!” 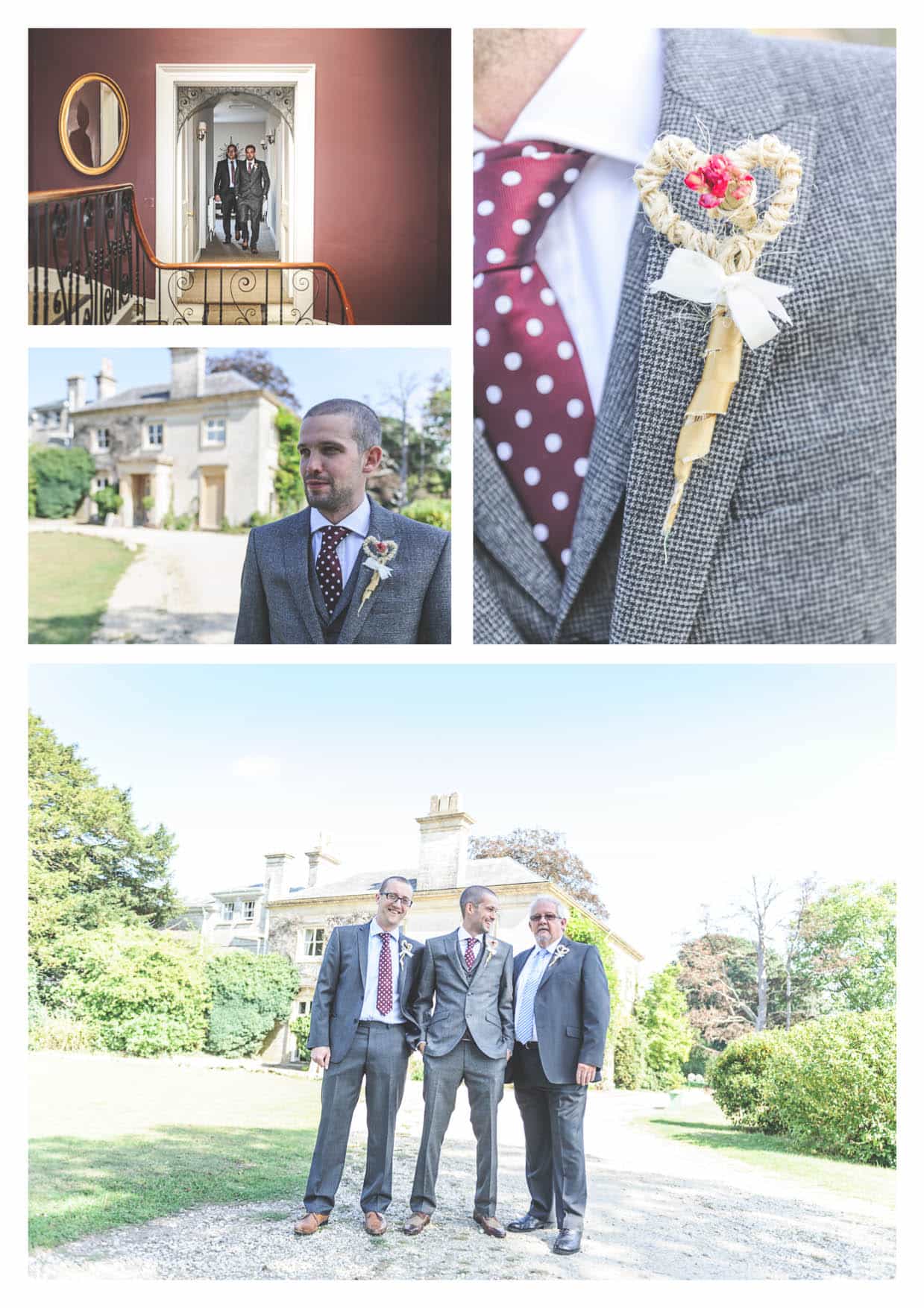 “When we met with Owen before the wedding it didn’t feel like any kind of planning meeting! It felt immediately like we were just chatting with a friend. We laughed a lot with Owen, and both felt relaxed in his company – again very important for the day itself.” 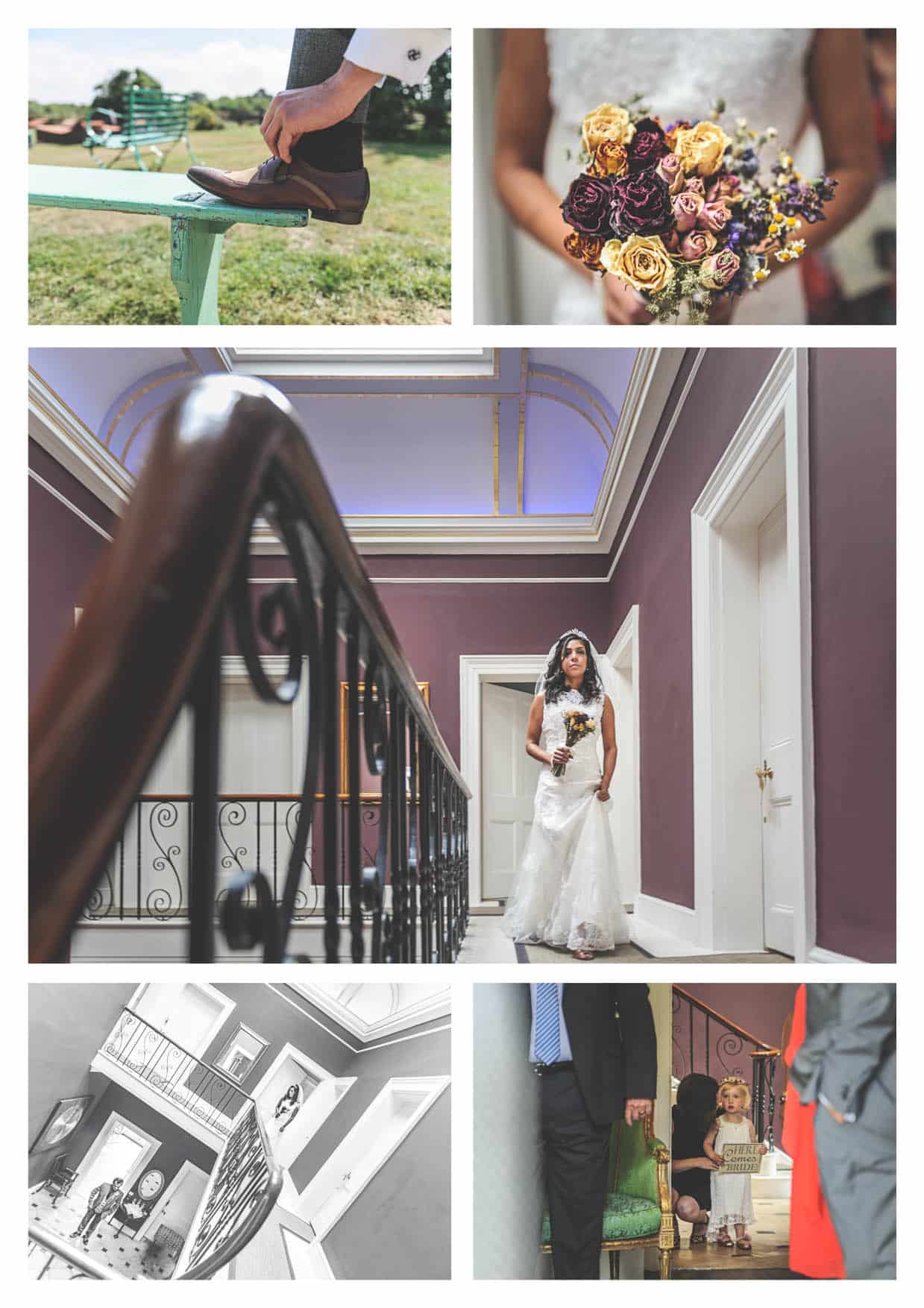 “The photos are brilliant in showing our families being there and being involved in that short but very special period of the day. I love that Owen captured my Dad’s face when he saw me for the first time.” – Treena 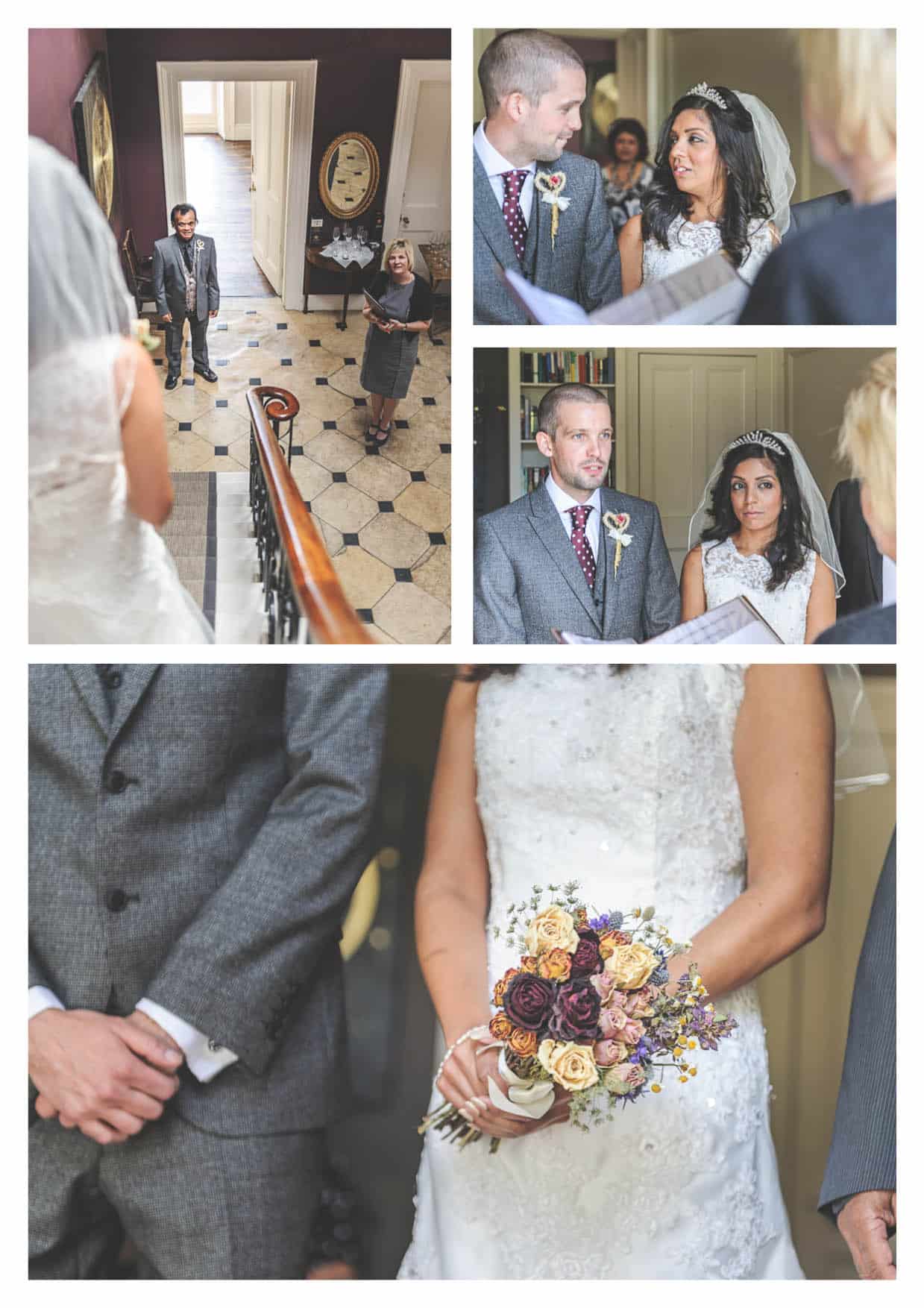 “The thing that impressed us most was how Owen blended into the day. Much of the time we weren’t aware where he was – however the photos show how he was seemingly everywhere all of the time.” 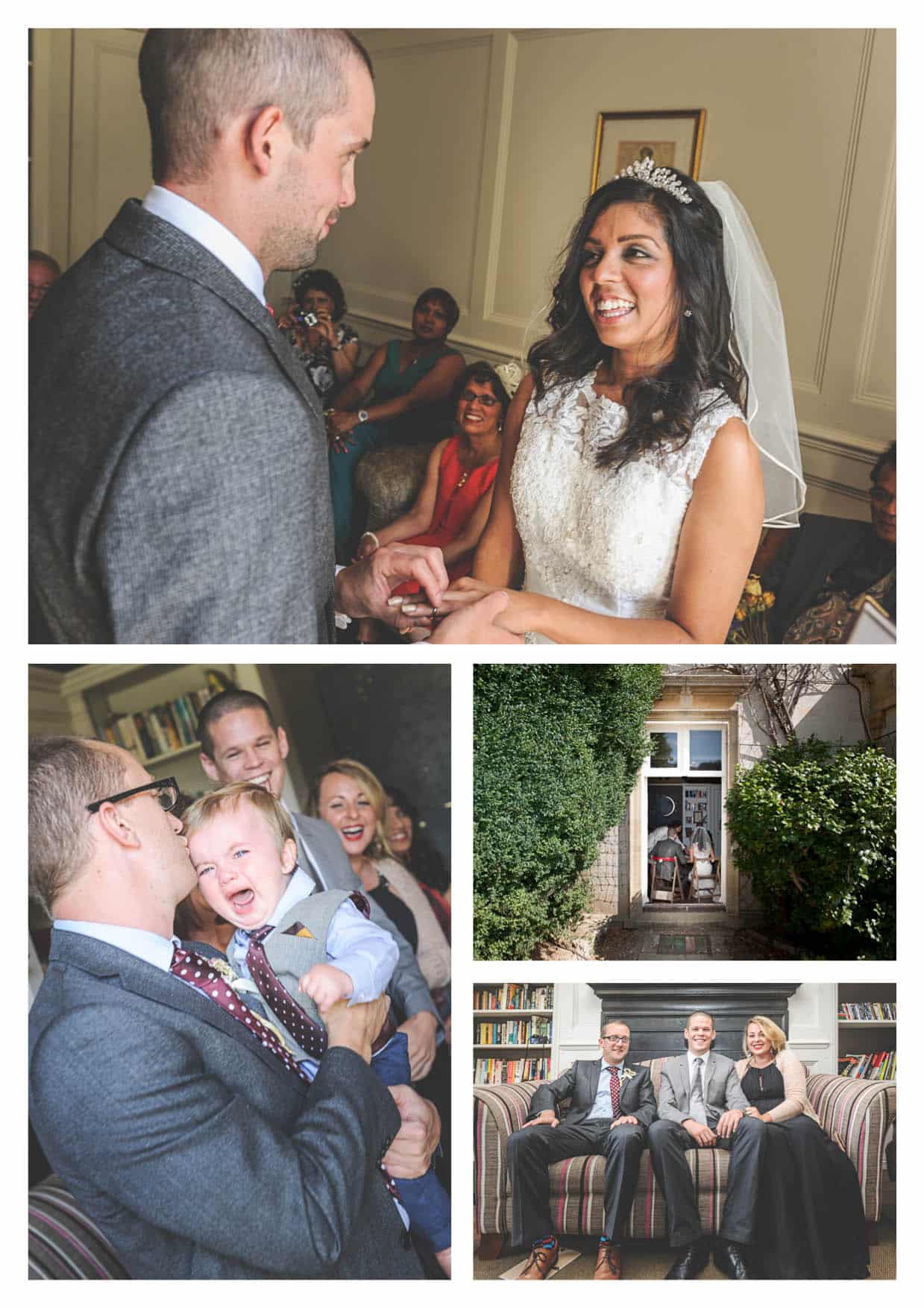 “Owen made us and our guests laugh and relax… as we had wanted he was a genuine part of our day and not someone simply capturing it on camera for us. On a personal note – when I stepped out of the room for the first time in my dress, ready to go down the stairs to meet my dad, I was so nervous I was shaking! Owen was so brilliant in helping me to calm down (and breathe!)… I will always remember how big a help he was at that moment.” – Treena 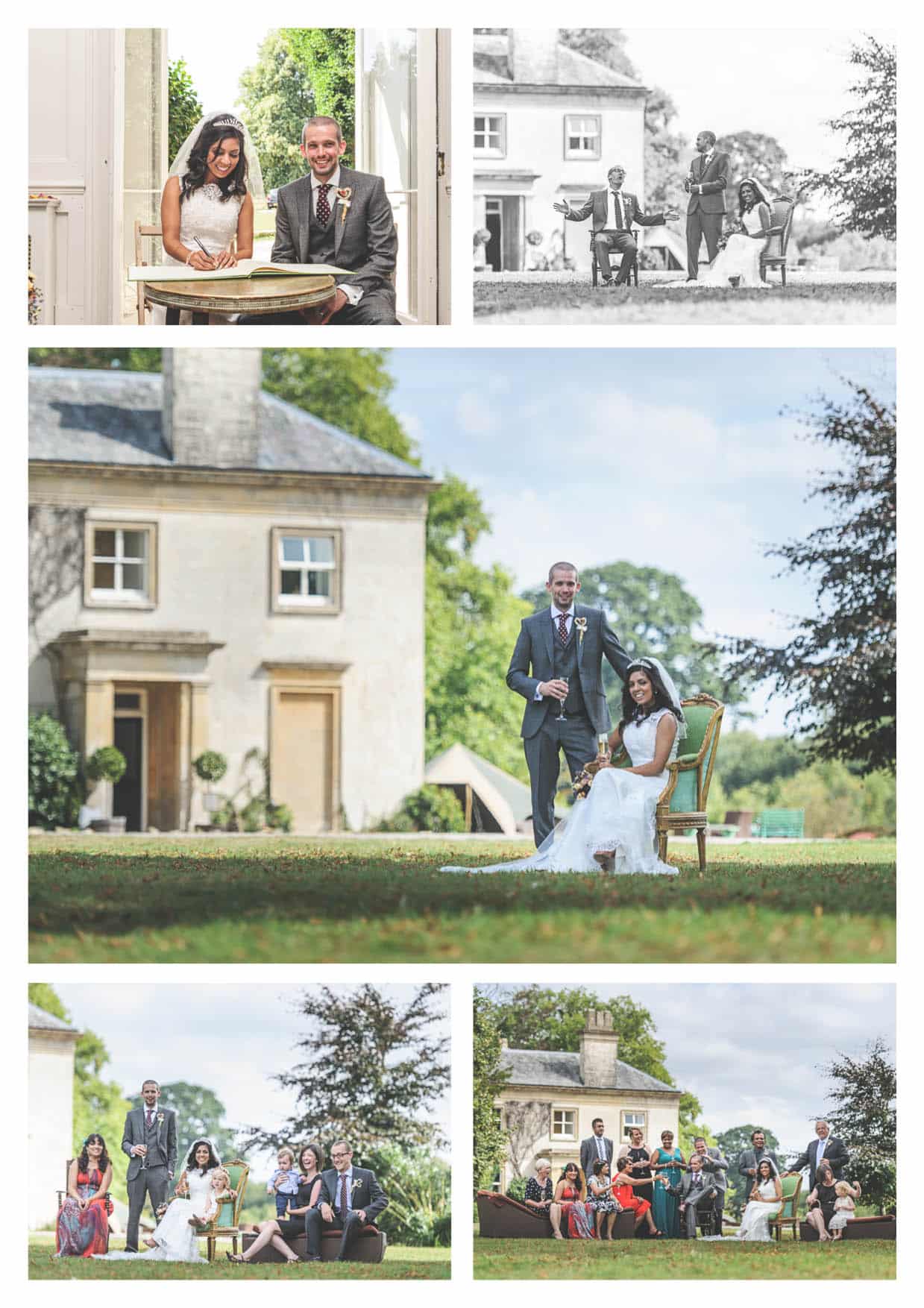 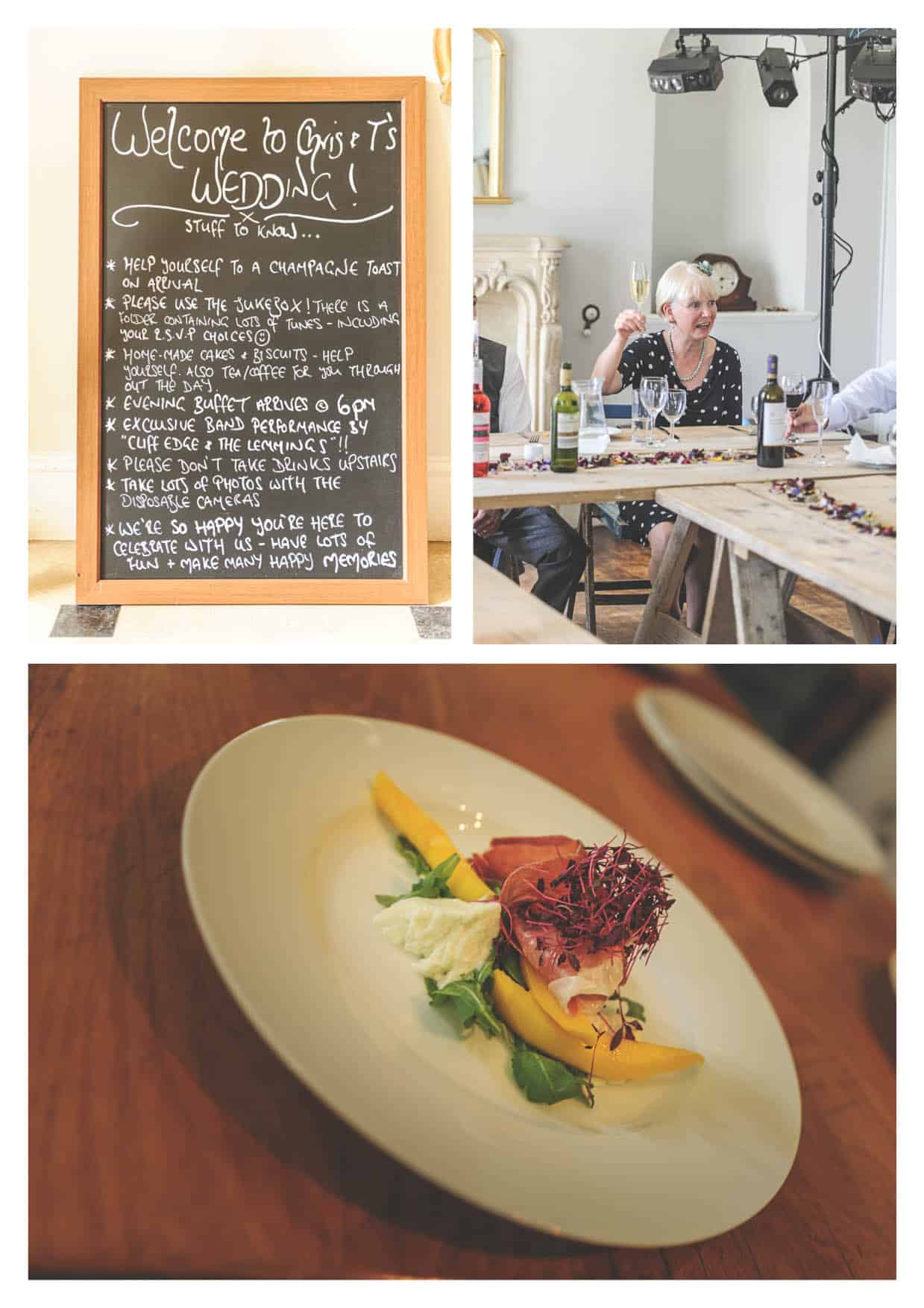 “So many guests commented on how brilliant Owen was. Many asked if he was a friend of ours because he seemed so relaxed amongst everyone they assumed we must have known him outside of his photography profession.” 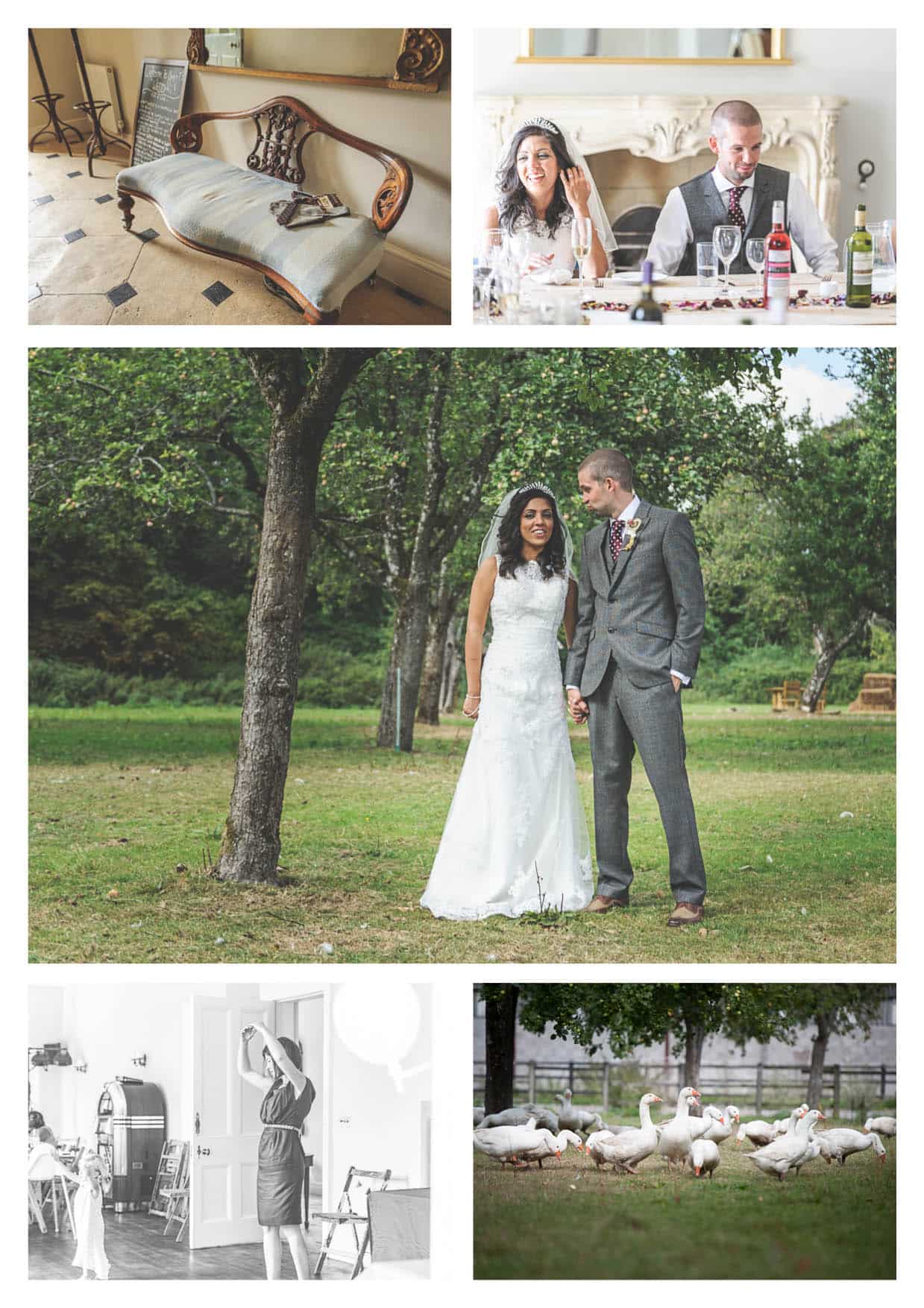 “My favourite photo is one of just us two in the orchard. It’s one where Chris is stood behind with his arms around my waist. He is looking in the other direction laughing at his best man, while I am smiling at the camera. In my mind, that sums up completely our individual approaches to the day!” – Treena 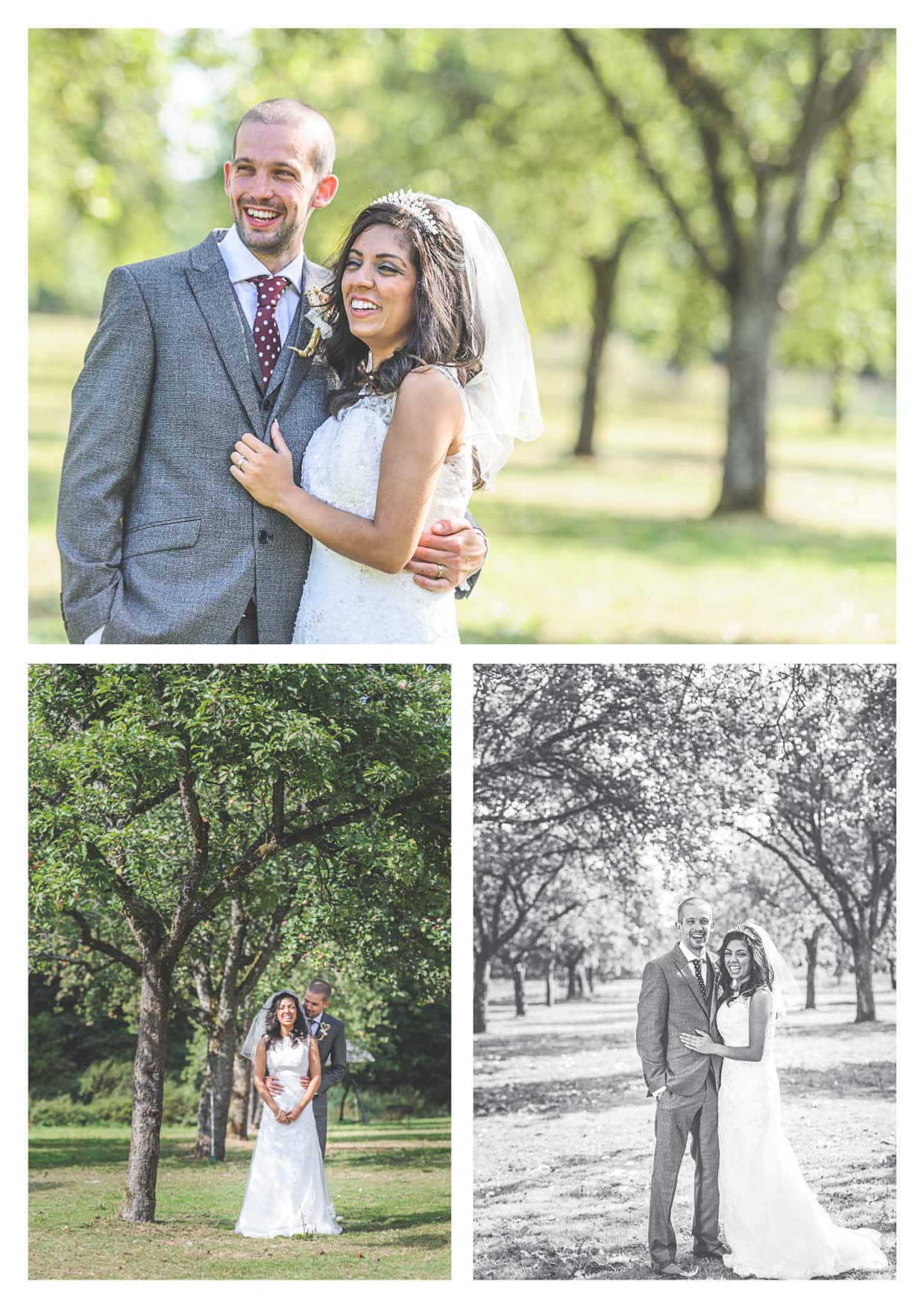 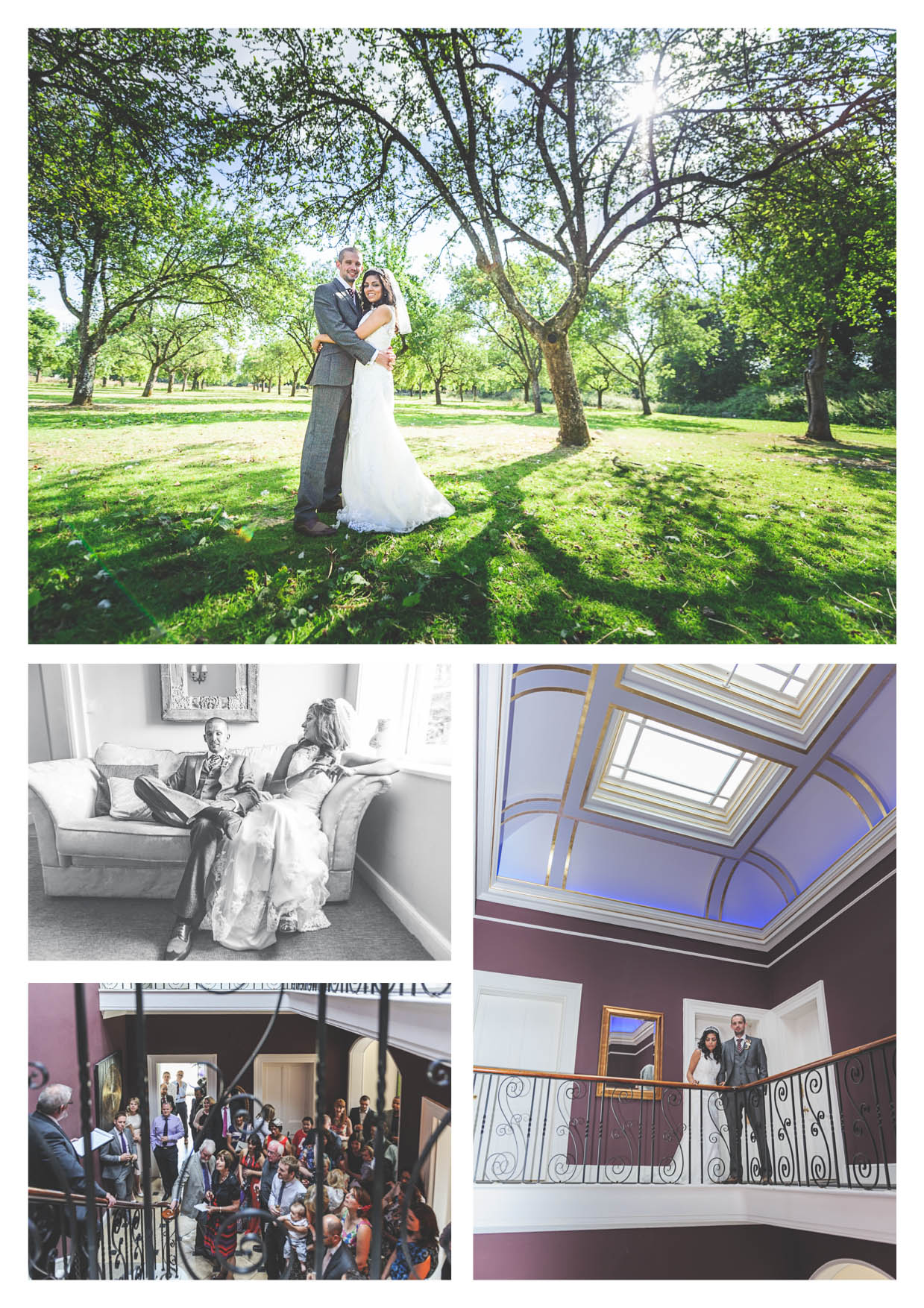 “There was so much of the day that we couldn’t remember or hadn’t seen ourselves – the photos filled in any blanks. It was a great moment seeing them for the first time. They told the story beautifully and had perfectly captured what a fun, happy and special day it was.” 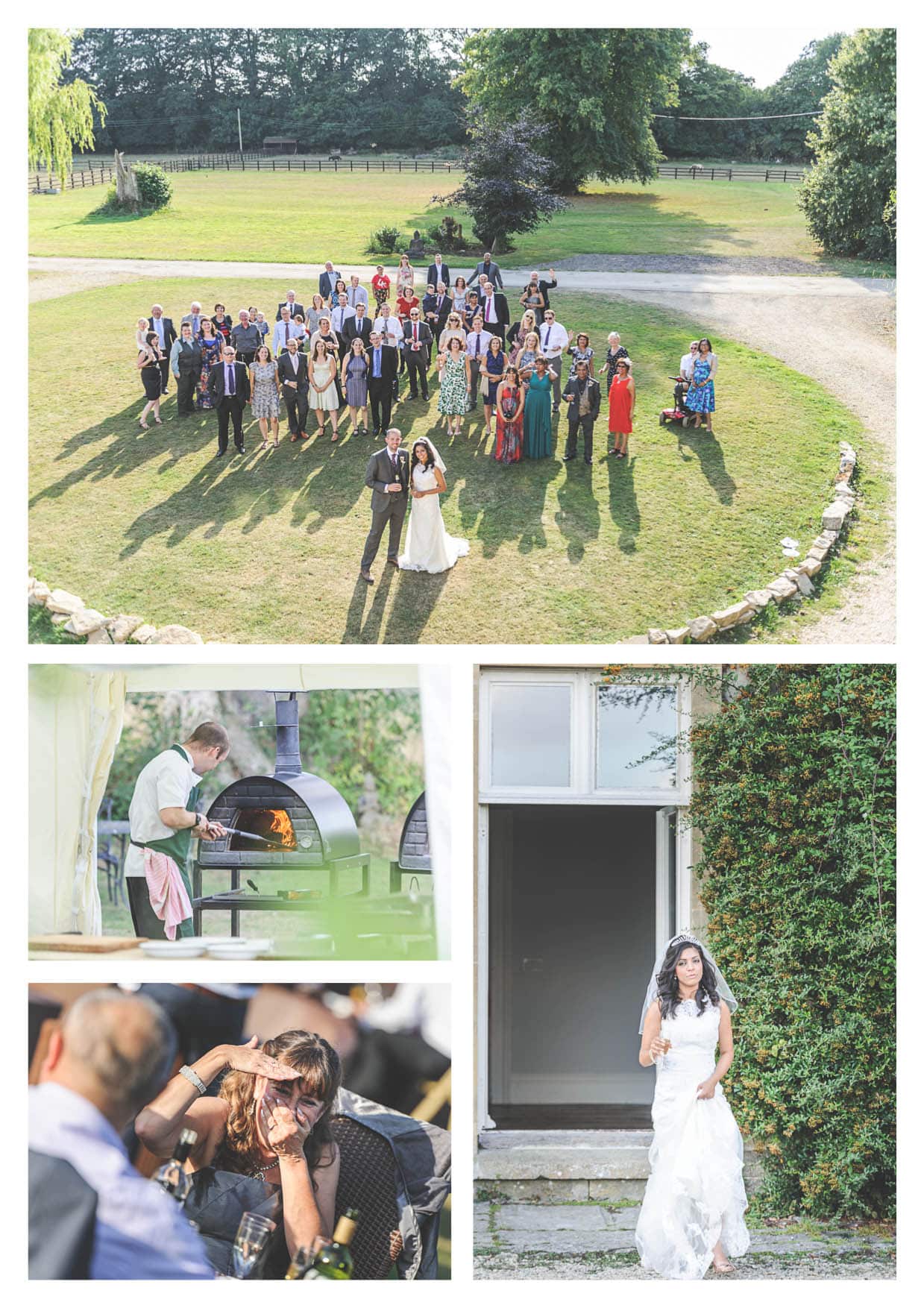 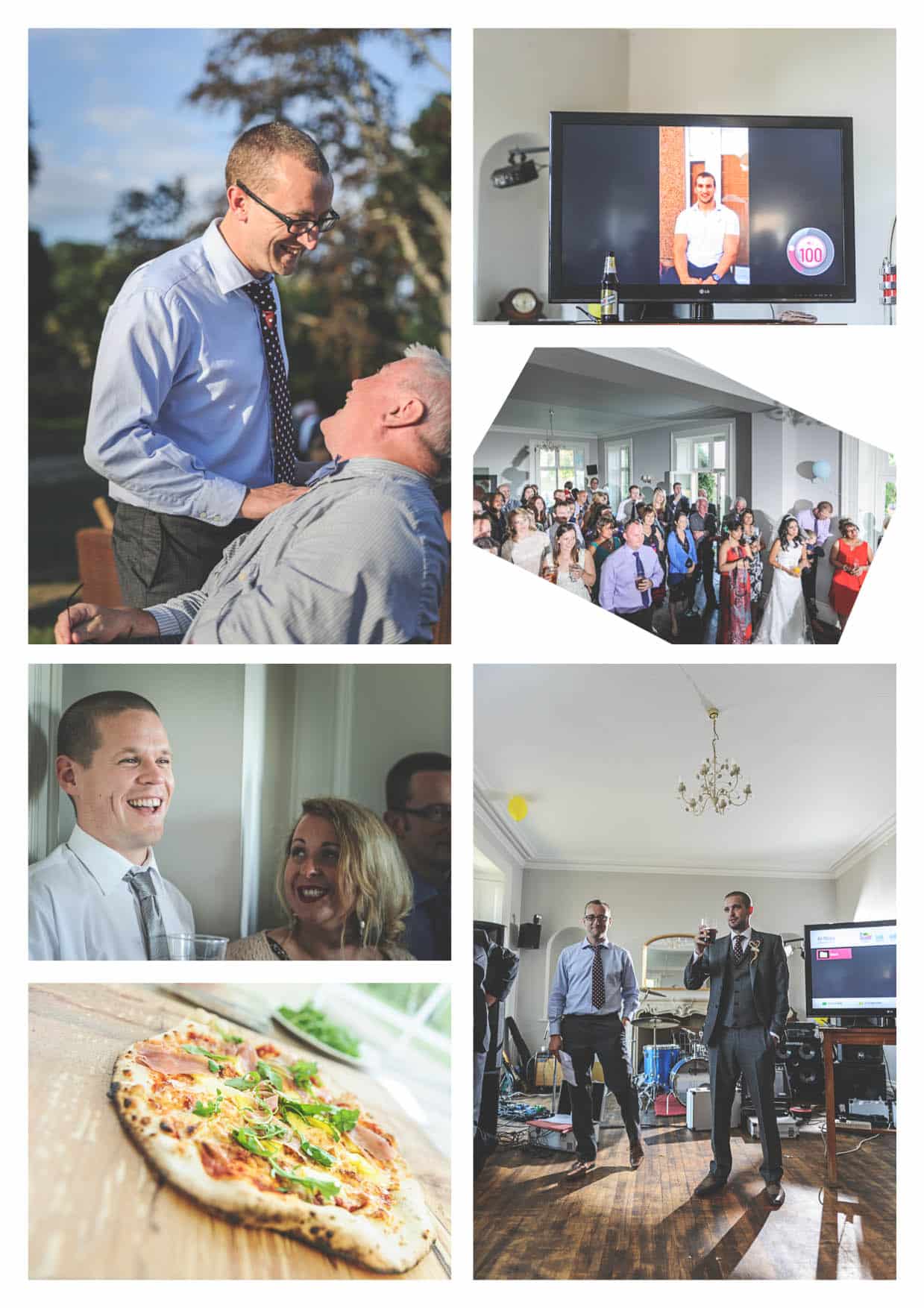 “Owen blended in so well on our wedding day, it felt like he was one of the guests rather than a photographer hired to do a job. He didn’t stop people to ask them to stand in a certain way and smile; he instead captured their natural smiles as they enjoyed the day.” 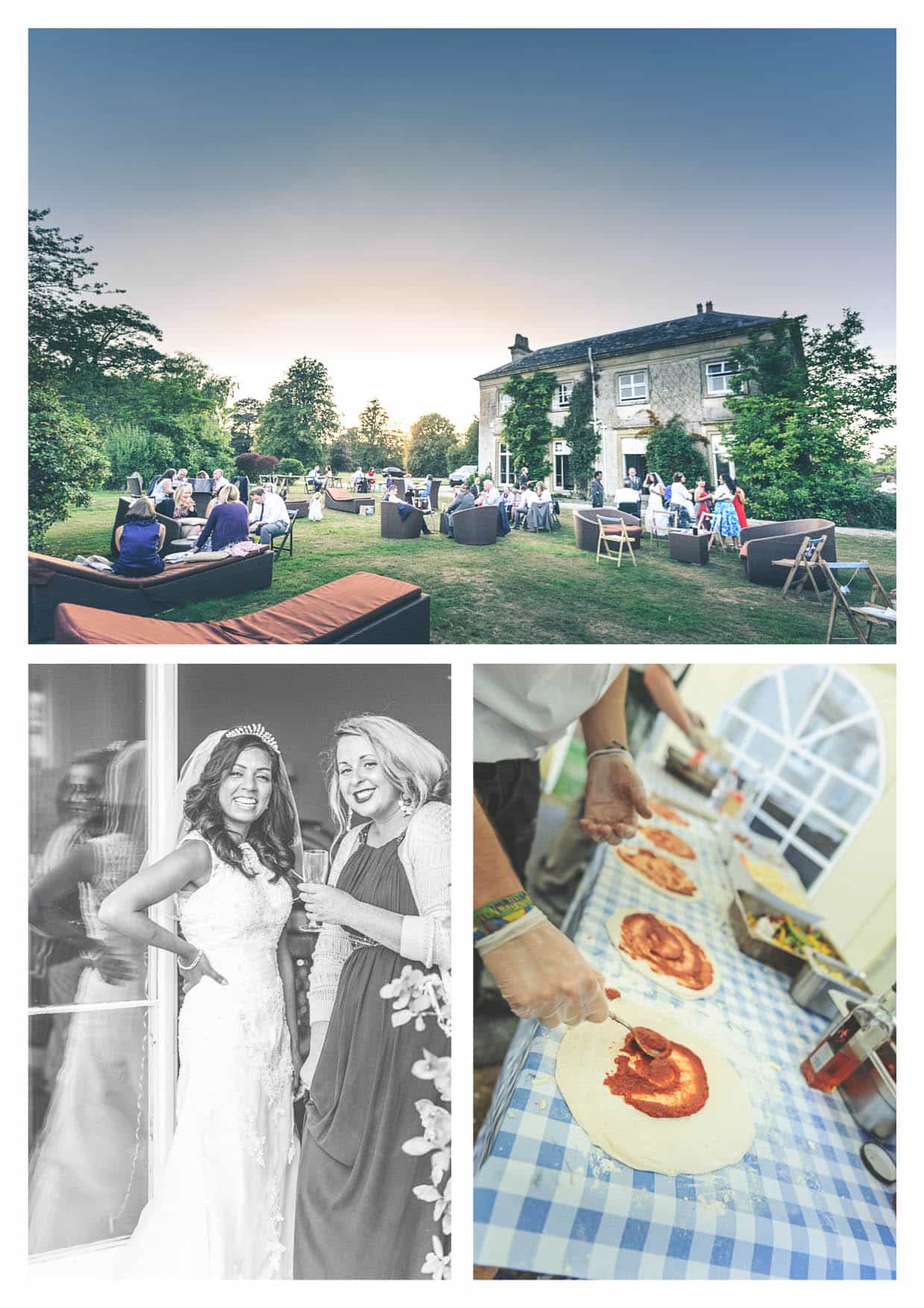 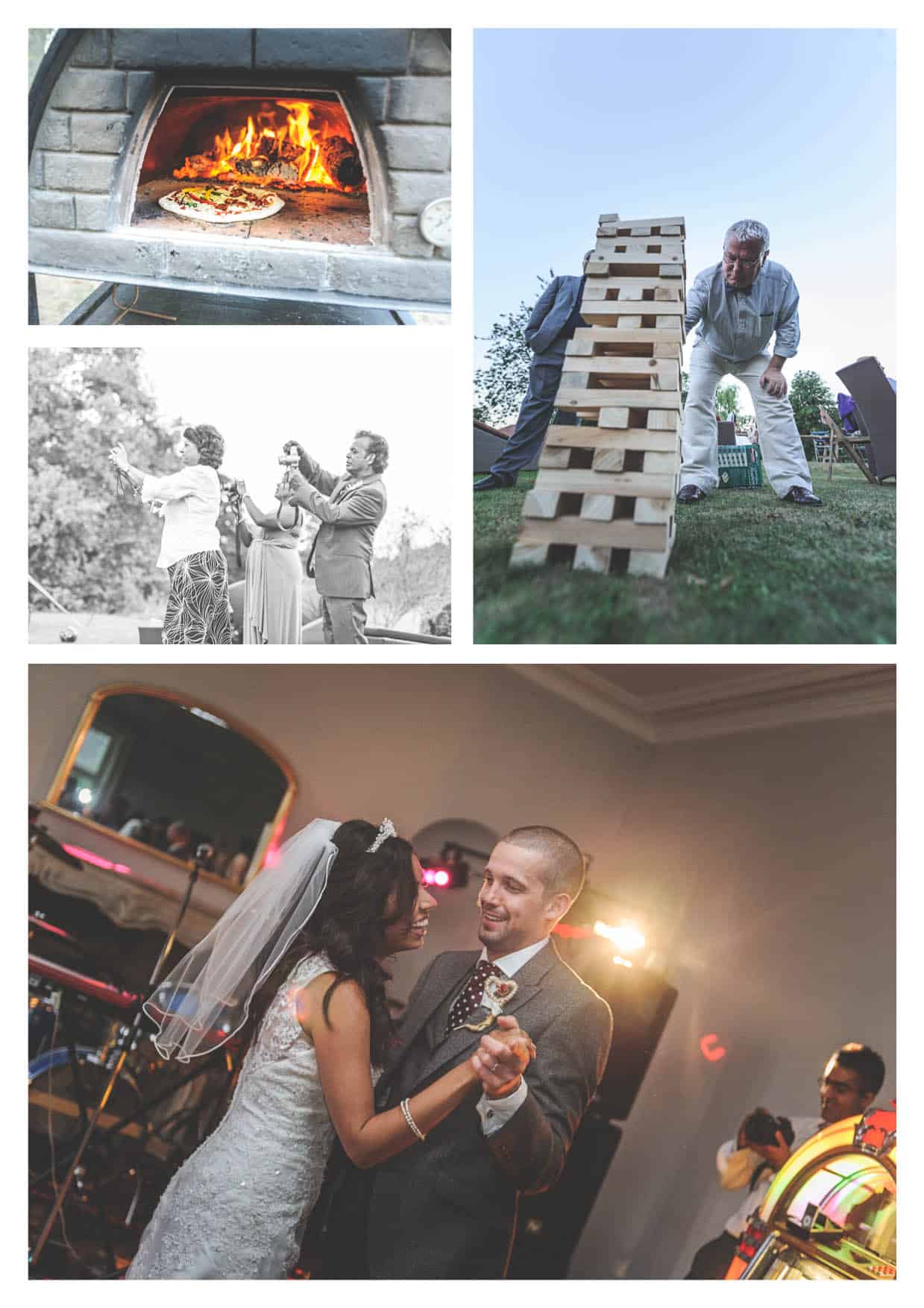 ” Owen captured all of our guests; he was always around but never intrusive.” 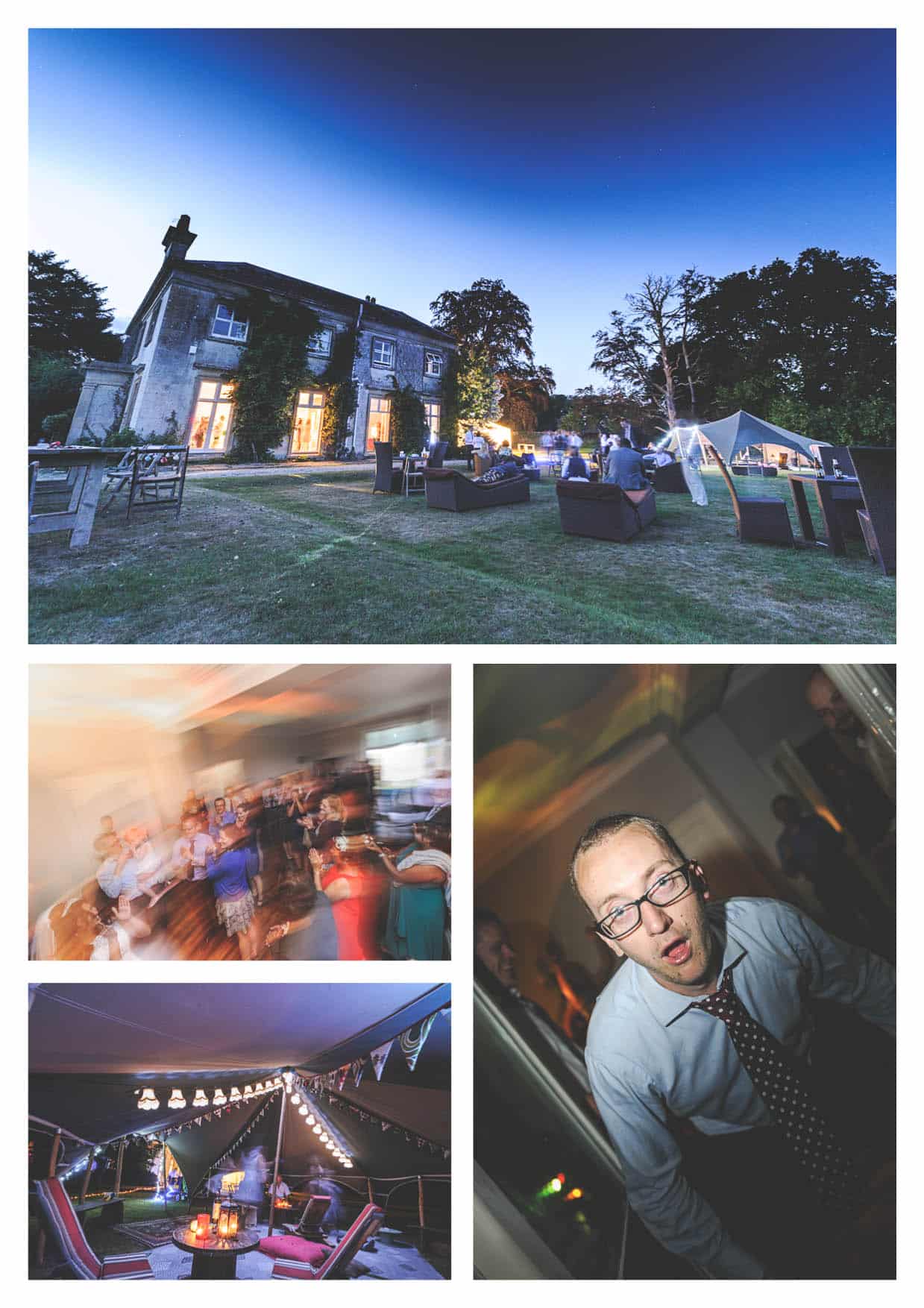 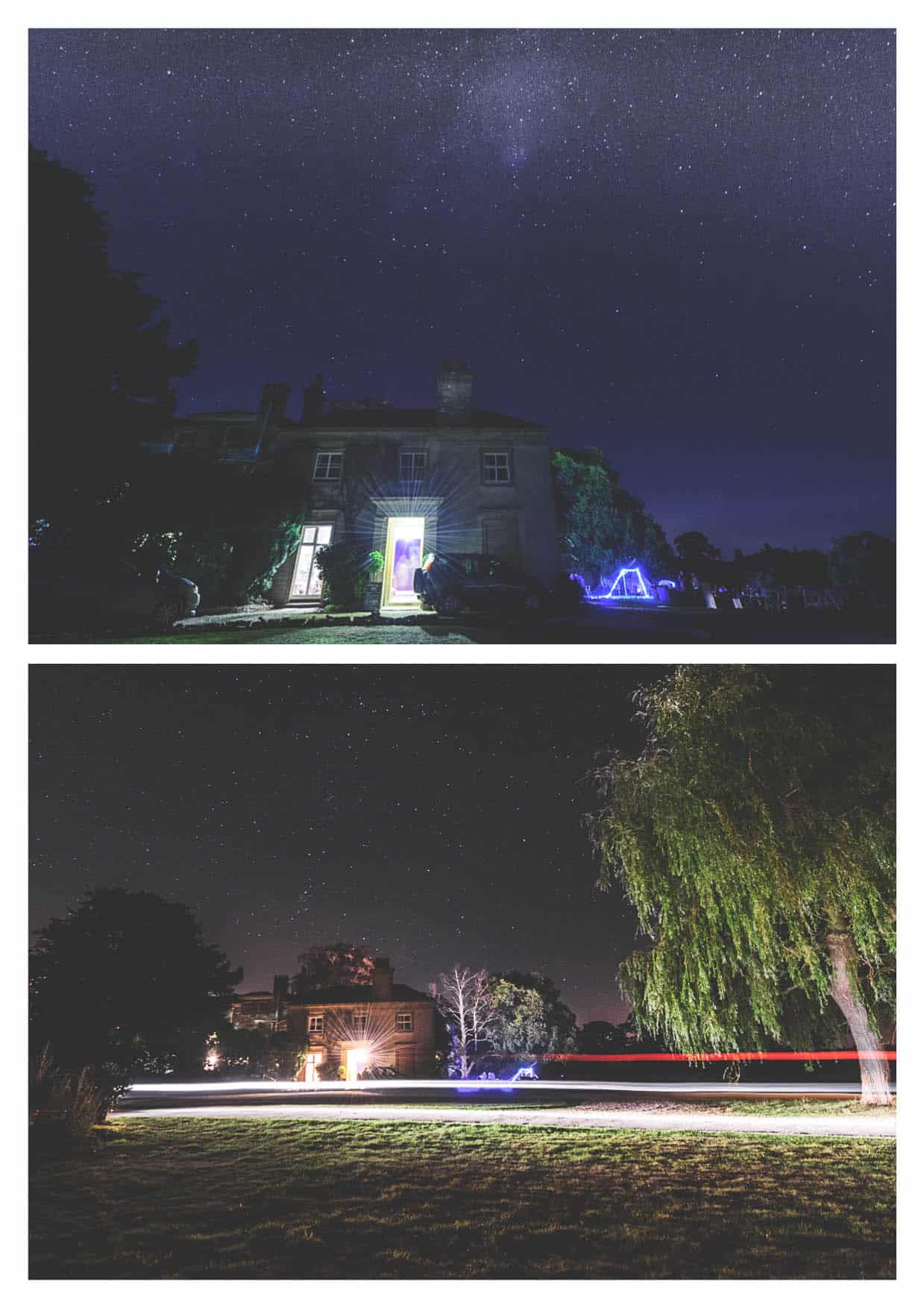 “Owen understands how special your wedding day is and gives you the space to enjoy it, yet still captures it perfectly.” – Treena & Chris